There were lot of hidden gems in the premiere and I am not sure if I even caught them all.
Review of Season 2 AoS Premiere

1) Peggy Carter and GH 325
The seen with Peggy Carter and the Howling Commandos was full of interesting things.  It showed the commandos going after what they believed was the last of the Hydra base.  Introduced us to Daniel Whitehall AKA Kraken who will be the season's "Big Bad".  Provided some background on the very first 0-8-4 which seems to be very important.  Also showed the reasoning and beginning of an organization called the SSR a SHIELD precursor.  The Red Skull and Howard Stark are also name dropped in this sequence.

However the real doozy in the scene went by very fast.
Peggy Carter scene reveals origins of GH 325 and Blue Alien


2) Triplett
Agent Triplett goes in disguise as a General.  The name he is uses is "General Jones"  this is an obvious reference to the potential linkage between Triplett and howling commando Gabe Jones.  Marvel still has not said directly that
Who is Antoinne Triplett? News and Speculation
Triplett's grandfather a Howling Commando?

Ward has become entirely focused on Skye and specifically who her father is.  Rainna apparently told him more about who exactly Skye's father is.  What ever the answer is here it seems important enough for it to become Ward's reason to exist.  In his dark Hannibal Lecter cell, Ward seems to only concern himself with this topic.
Is this due to feelings for Skye and caring for her?
Does he have ulterior motives for wanting to meet Skye's father?  Could Ward have a connection to him?

There was no sign of Rainna or Skye's father in this episode but I have no doubt they are out there somewhere.

Is Skye's father the evil Maximus the Mad?
Who Are Skye's Parents #1
Is Skye an Inhuman? 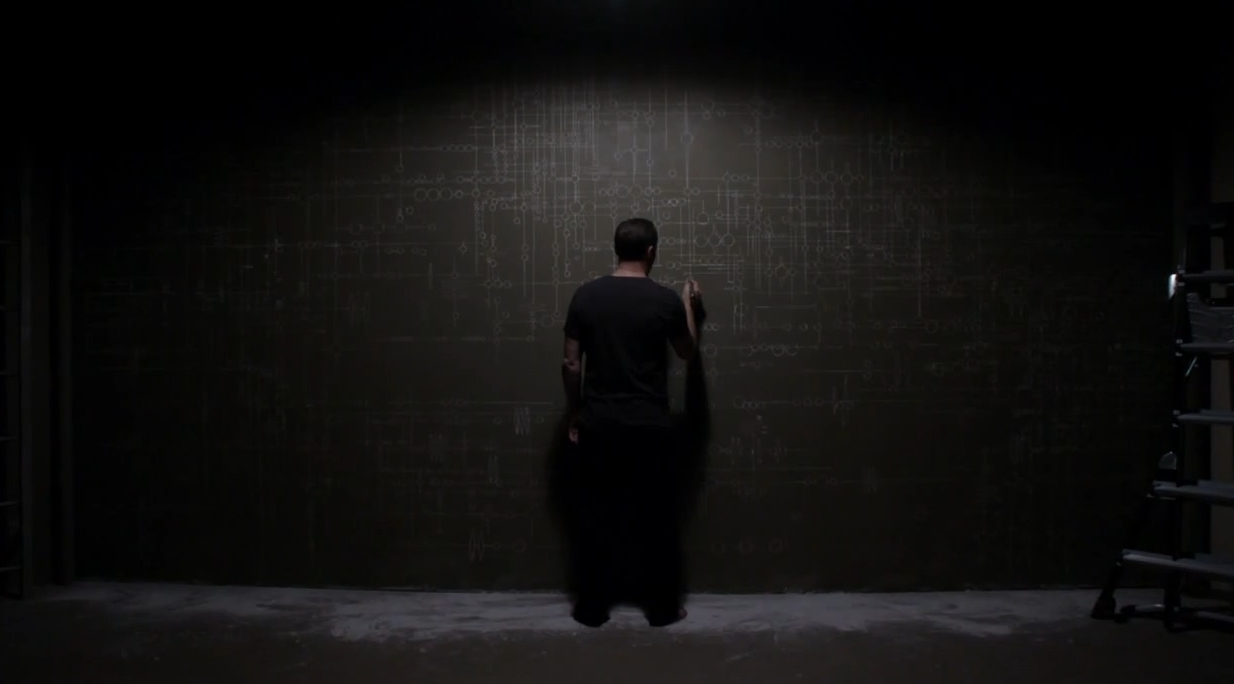 The 0-8-4 metal object that seems to alter any organic matter it touches also has the markings that Coulson/Garrett were drawing.  The 0-8-4 is also directly connected to the blue body in the crate.  Perhaps, the 0-8-4 holds the key to unlock the puzzling symbols that have appeared through out the show.
Kree Circle Writing and Cosmic Awareness

The Obelisk also seems to be tied to Skye's father and Raina.  Could it be the item that alters Inhumans the way Terrigen does in the comics?
What is the Obelisk? is it related to Terrigen? 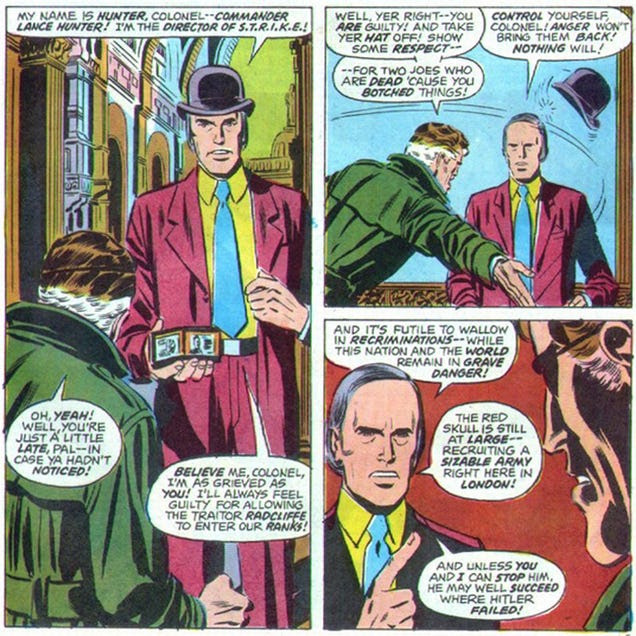 In a surprise twist Agent Hartley played by Lucy Lawless seemed to die.  Boom Pow bye bye.  This feel very much like the Steven Seagal death in the movie Executive Decision.  Steven Seagal was heavily used in the promotion of the movie but his character is barely in the movie and dies in the first five minutes.  This is a comic book show, and in comic books no one interesting stays dead.  This makes me wonder if Hartley could return perhaps as a villain out to get revenge for losing her arm.

Lance Hunter was a very interesting character in that he is very out of the mold of the other agents.  He care primarily about money and is not into following rules.  I am curious if he ends up becoming more like his comic counterpart who leads a British organization called STRIKE.
Interestingly the Winter Soldier Captain America's elite group that was headed by Rumlow (Crossbones) was also called Strike.  Could Lance Hunter have been in that group?  He could very well be a Hydra double agent if that is the case.

We know that Coulson was talking to someone in London.  Which character could that be?

6) Black Panther an ally of SHIELD?

There have been at least 3 Black Panther Easter Eggs in Season 2 so far.

A) In the 2nd episode - Heavy is the Head  General Talbot mentions operation Panther Klaw - this seems to be a reference to Black Panther and the Panther's nemesis the evil villain Klaw.

B) Also in the 2nd episode - Raina gives the Absorbing Man a metal that she describes as super strong and coming from the stars.  It sounds an awful lot like Vibranium.
For more info see --> What is Vibranium / Carbine?

C)  In the premiere - Coulson showed a map with locations of allies he is talking to.  There is one location in Africa which matches up to the mythical location of Black Panther's home, Wakanda.


I actually think Wakanda is shown but I think at least in the MCU it has been shown in the eastern part of Africa south of Sudan and Ethiopia.  Notice there is a blue light in this area of Africa as well.

7) Other characters and groups on the map:
What really becomes interesting about the map is that all of the lights potentially represent a character or an organization in the Marvel universe.

Who are the lights in Alaska?  Who is the one in  Canada, there are 2 in California, a few in England, one in Berlin, 2 in Brazil, one in Paris, one in Alexandria, one in South Africa, one in Israel, one in Saudi Arabia, one in Moscow, one in....the Himalayas?

The Himalayas makes me think of both the Inhumans, and the Iron Fist city of Kun Lun.  Kun Lun is said to be on the highest mountain in the Kun Lun mountain range that are in Tibet.

Moonknight could be the light in Egypt.

The organization called the Chaste who train both Daredevil and Elektra are also said to be on a mountain but this mountain is never to my knowledge identified.  We know that Stick the leader of the Chaste has already been cast in the upcoming Daredevil series.  So the Chaste do exist in the MCU.

What other characters / organizations do you think could be represented on this map?


8) Doctor Faustus
Doctor Faustus was mentioned as the creator of the brain washing method being used by the Kraken.
on September 24, 2014