While Coulson has already been appearing in the 616 main Marvel comic universe the other characters from Agents of SHIELD have yet to make an appearance.  This will change with the release of the new comic S.H.I.E.L.D.

Comicbook.com just release a cover photo for the series and it is pretty awesome.  You can see all of the main Agents in the foreground with a variety of super heroes faded into the background.  Also Fitz has a monkey! A monkey!  I bet he does karate too.

Waid is mentioned that many characters can and will make cameos in the series.  It could be everyone from Spiderman, X-men to Rocket Raccoon.  I expect a bonanza of fun to ensue with this one. 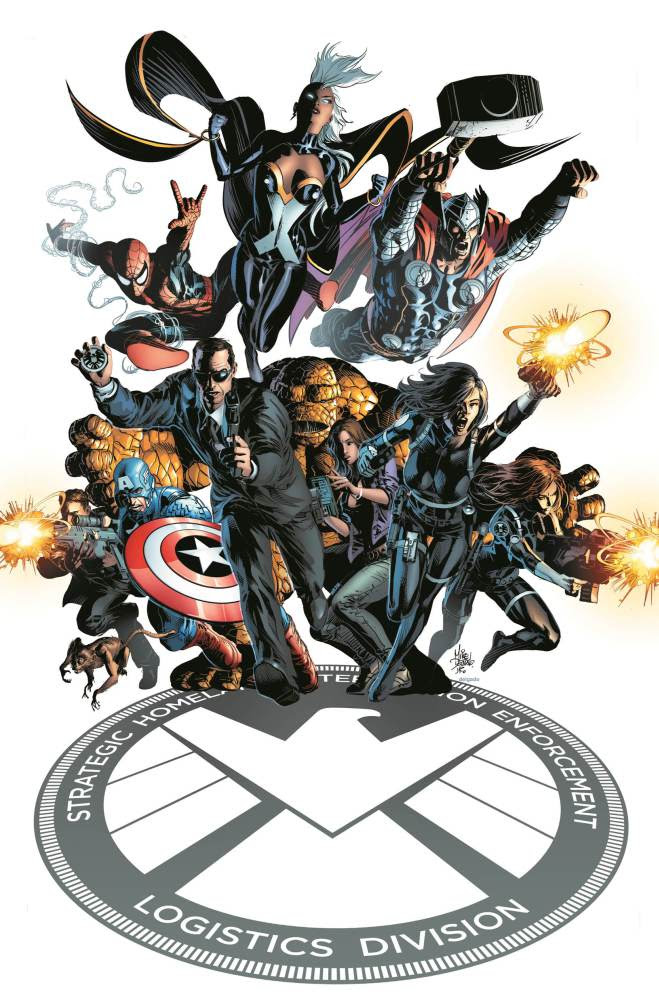 One reason I am excited about this is that Mark Waid is writing it.  Waid is perhaps most known for his work on Daredevil but I know him from his work on a series called Ruse.  Ruse was part of a now defunct comic company called Crossgen and it was freaking amazing.  At the time Ruse was praised for its very intelligent, smart and fun writing.  While,  Ruse is now gone, Waid is still here.  Be excited true believers because the Agents of SHIELD are in very good hands!

Waid wants to get  even the small details right.