Doctor Strange is a Marvel movie set to come out after Avengers: Age of Ultron it will focus on the magic side of the Marvel Universe.  The current release date is set for November 4th, 2016.  Opening up the magical world of Marvel will be Doctor Stephen Strange also known as the sorcerer supreme.

Results:
As Deadline reported Doctor Strange has opened with high critical praise.  After being out in the states over the weekend the film stands with a 90% rating on Rotten Tomatoes and 210 Fresh ratings to 23 Rotten (As of 11/8/2016)
The film has done well in domestic and international markets and looks to be another megahit.


Doctor Strange Chase Sequence
The effects for this scene are purely mind boggling.

Early Reviews from France:
I have seen a few fake reviews of the film from people who have clearly not seen the film as it was not released in there area.  Here are some real ones from France.  So far early reviews are very positive.
From what I can gather MCU fans should be very excited for this film.

The House of ideas @MarvelFR still has not lost the recipe! #DoctorStrange is really very successful. Benedict Cumberbatch #4TheWorld

As disconcerting as enjoyable! #DoctorStrange is bewitching & mesmerizing, carried by an amazing #BenedictCumberbatch.

#DoctorStrange The Marvel formula in the best of its form. The scenario, excellent characters, Visual stunning. See on the BIG screen!

Success for #DoctorStrange despite the figures imposed by an origin story! Benedict Cumberbatch is impressive and bewitches us!

A hot #DoctorStrange is a success, and for once we finally got a beautiful 3D! @MarvelFR found the recipe... @DisneyFR

A near perfect movie must-see on the big screen to take your eyes! #DoctorStrange


Doctor Strange Behind the Magic featurette:
Actually not sure where this one comes from buts its awesome:

First TV Spot for Doctor Strange:
I think most of this footage is reused from the previous trailers.  Some shots in the beginning look new.  Also there is a moment where Baron Mordo tells Doctor Strange that "There is no other way."  Not sure what is going on there but likely Strange is getting ready to open up some can of ancient bad magic to save the day.  I wonder if the magic being used has a cost of hurting or tainting Baron Mordo that will play out by making him evil later on.

The film seems to be setting up a dynamic relationship between Mordo and Strange where they will be friends and allies in this film.  Something tells me at the end of the film something will occur that will set the men against each other for a sequel film.


San Diego  Comic Con 2016 Trailer
The 2nd trailer for Doctor Strange was shown at San Diego Comic Con.  Also at the con were all the costumes of the characters that were on display.  This trailer focused a little more on the threat facing Strange and his training to become the Sorcerer Supreme.

The main villain Kaecillius is seen telling Doctor Strange that he is "Death and Pain" and that he (Stephen) will "Die protecting this world".

There is also some humor in the trailer.  At one point Baron Mordo gives Strange a scrap of paper.  When Strange looks at the writing on the paper confused Mordo wittily responds "Its the Wifi password, were not savages".

Costumes on Display:
The Doctor Strange costumes appeared before a replica of the Strange's famous window from his Sanctum Santorum.  Strange's costume is in the forefront with Baron Mordos to the back left. 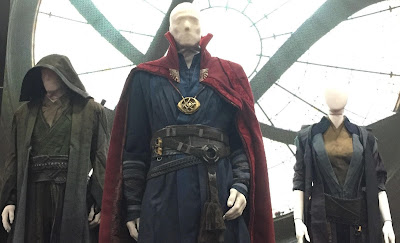 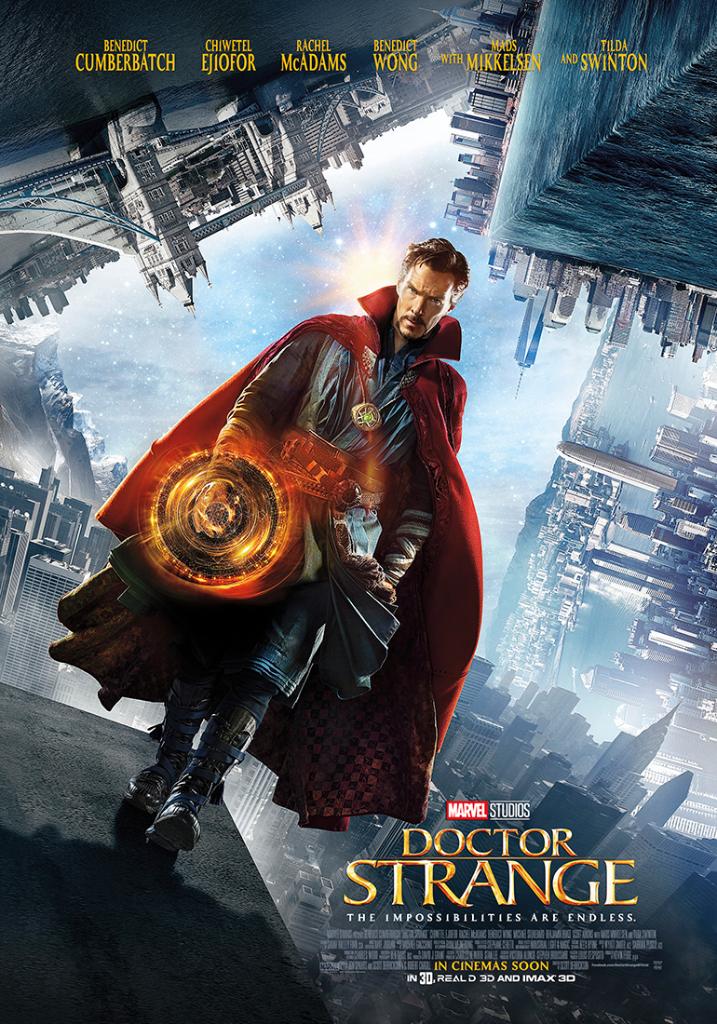 Benedict Cumberbatch has signed on to play the sorcerer supreme!

So you think you know Doctor Strange?

Agamotto:
Who is Agamotto?