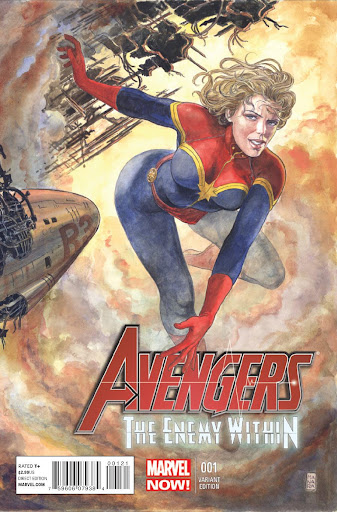 A variant cover for Spiderwoman #1  was attacked by self described feminists at the website the Marysue.  The issue garnered massive national/international exposure with people attacking the sexuality of the pose of Spiderwoman, her anatomy, and whether it was possible for her to be in that pose.

Dan Slott came to Manara's defense but this seems like it was too late.

Manara himself even responded with a drawing of Spiderwoman from a different angle.

Newsarama is reporting that Marvel has now canceled two covers that were to be done by artist Milo Manara.  Both the covers of Avengers & X-Men: Axis #1 and Thor #2 have now been canceled.

Effectively the PC police who attacked Manara and Marvel have won.

I have been silent on this issue in part because I go back and forth on this particular cover.  I don't think it is so terrible that it should have elicited this kind of reaction.  I can think of a few thousand covers that I have seen that our worse.  The fact that there are others does not make this cover right or wrong but I do think Manara is taking an usually large whack for what has been common marketing in the industry for the past 60 years.  I don't think the pose of Spiderwoman shown here is any different from poses used by Spider-Man on a 100 or so covers.    On the Spiderman covers though the difference would be his cheeks would not be quite so pronounced.

As a father of two daughters I certainly try to be aware of how women are depicted in all forms of media.  We often use characters from TV shows, books and movies as ways of discussing life situations and our family's values.  We have watched Miley Cyrus go from cute tween to booty twerking, tongue dragging rock chick.  As a parent you have to discuss these things.

That said I don't spend a great deal of time worrying about Miley, sex symbols like Kate Upton, and sexy comic girl covers.  I spend much more time worrying about the rail thin anorexic models that are unhealthy and are used as body image targets for young girls, and the whole culture of slut shaming.

On body image I would rather my daughter look at this cover of a big booty, muscular Spiderwoman than look at ANY and  EVERY fashion runway model.  Spider-Woman here looks healthy, I can't remember the last time I saw a run way model that I did not want to hand a cheeseburger to.

The contrary view of this is that Spider-Woman looks "Slutty".  As mentioned before I hate the idea around slut shaming.  First off, every girl (and guy) wears something at one point or another that may have been a mistake.  Everyone sometimes wears something that might make them feel wanted, or feel better.  Being in middle school, high school and being young in general is not easy and sometimes "gasp" girls wear something that leans toward the provocative.  Perhaps, it is a trendy outfit, perhaps it makes her feel cute, it typically has a lot to do with how she feels and not a whole lot about her personal values.  So in short I think the idea of full on judging someone and calling them trash "Slut" "whore" etc based off of an outfit is ridiculous and cruel.  We have rules on what my daughters wear and we monitor it, but we never allow them to mouth off and label other girls.....ever.  That crap is for the Taliban and apparently the Marysue.

The whole idea of slut shaming feeds into the defense of rapists that the girl deserves such and such actions due to how she dresses.  I say that is awful terrible culture and I full on despise it.

The so called feminists at the Marysue on this issue basically said Spiderwoman was not readable character because she was sexual ie a slut.  They were essentially using the same argument of slut shamers they supposedly abhore.

Is there room for good looking or "sexual" characters in comics?  Are you saying every female character that strikes a pose in what you deem as sexual is not worthy of reading?

Really?  Do you really want to open  that door?  Because I seem to remember some movies with these male characters doing similar things and doing pretty damn well.

Do I mind that Marvel is selling movies to girls with hot guys who are shirtless for usually no reason.

Am I distraught because they promote an anatomy that is nearly impossible for me to live up to.

Why?  Well lets just start here.  We are humans not angels and despite what the puritanical forefathers of America thought sex is part of our lives, and our thoughts.  Sex has its place and it is OK.  It is OK in movies, it is OK magazines, it is OK on TV and it is OK in comics. At any given second 4 billion people are looking up sex related topics on the internet.  EVERY SECOND.

Obviously America has semi-agreed upon standards and ratings and when something crosses a certain threshold we want parents to know, and something can be limited to certain age groups.  Did the Spiderwoman Cover in question cross that threshold?  No freaking way.

It is about Censorship
Here to me is the bigger and sadder part of this.  A voice, a creative person has been silenced from doing work because some one, some where was offended.

There are always going to be people offended, and for a long time Marvel has stood up to them.  I am very disturbed by them caving on this issue.  Letting the mob censor you, it is just as bad as the government censoring you.  We need to live in a world that has a tougher skin.  Are there some really disgusting ideas that we should censor by boycotting? yes I can think of a few.  Spiderwoman crawling with her booty up as she crosses over a roof does not fall into this category at ALL!

People's heads are being cut off with dull knives.....we censor an artist because he drew a sexy Spiderwoman.

Girls are being kidnapped by the 100s and considered sluts, made into slaves based off their religion......we censor an artist because he drew a sexy Spiderwoman.

There is irony here.

The truth is I bet the Manara Thor #2 cover would have been awesome and now we will never have it.

Here are some other Marvel covers by Manara for those curious.  You do need to be careful searching for Manara covers because he has done a lot of work that falls into the adult genre.  His work is not exclusive to the adult genre nor should any artist be forced to be stuck in one genre.  Manara has his own aesthetic, and I think it is a style that is worthy of being on a comic shelf.

I would never force anyone to buy a comic with a Manara Cover, but  you should have the right to buy one if you want to.

I personally do not own any Manara covers but am tempted to go onto Ebay and just start buying them like mad as a counter protest.

Look at his covers and ask yourself.  Did the Marysue have a good enough point to censor this guy, or did they just write an article designed to be click bait and make money.  I know who I am mad at...and it is not Manara.

Update:
Marvel has responded about the Manara Cover cancellations, read about what I think about their response below:
Update on Manara's canceled covers
See more Manara Covers 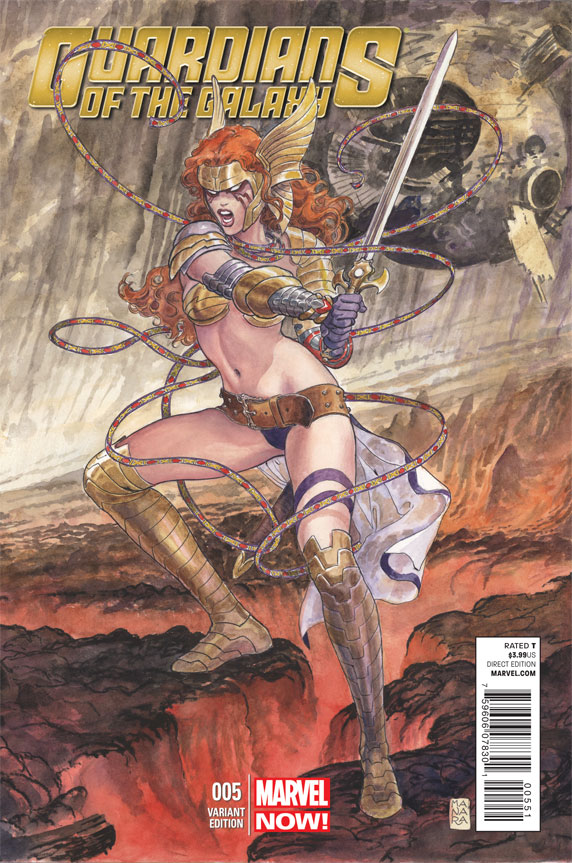