Agents are Coming! 5 Reasons to Watch the Season 2 Premiere

The Agents of SHIELD Season 2 premiere is looking  promising.  Scratch that it is looking like it is going explode in a giant mushroom cloud of nuclear awesomeness.

Why should you tune to watch the show? I will give you FIVE reasons!

1)  The show promises to start off where it left off in a pretty amazing place.  The synopsis is looking pretty awesome!

"Shadows" - Coulson and his team are now wanted fugitives with limited resources--but that's not stopping them from keeping the world safe from powerful and unseen threats everywhere. However, with new members they hardly know, will S.H.I.E.L.D. ever be trusted again? Watch "Marvel's Agents of S.H.I.E.L.D.," on the ABC Television Network.


2) Next reason to watch they will be introducing some awesome villains including:

3) There will be awesome new agents.  While the most heavily anticipated character Mockingbird will not appear in the premier other new agents will. 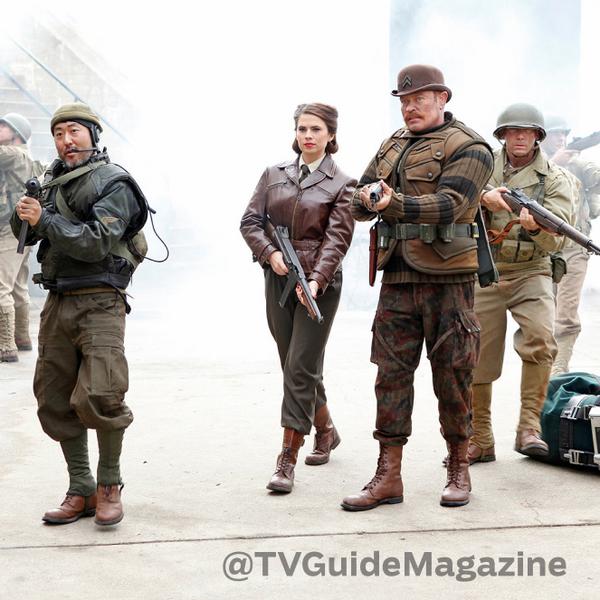 Hayley Atwell is so excited for the Premiere that she is standing on her head on top of a building.


5)  We may finally get some answers to some of the biggest mysteries in the Marvel Universe.
Will Fitz get a monkey?
Is Skye's father the evil Maximus the Mad?
Who Are Skye's Parents #1
Is Skye an Inhuman?

Theories behind Coulson's resurrection
What is GH 325, What is the body?

Roger Wardell believes Coulson is Mar Vell
What were the Circles and Lines Coulson was Drawing?
Is Agent Ward really Wonderman?