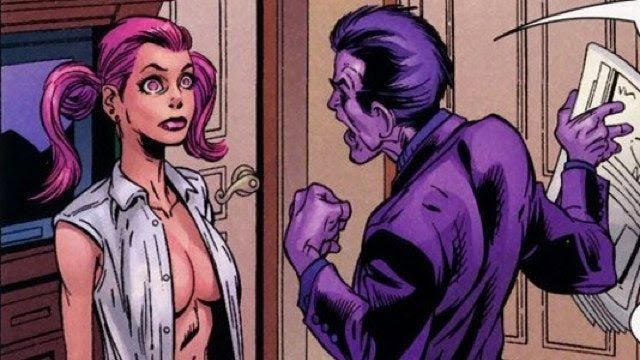 The Purpleman is a villain in the Marvel universe.  He was one of the primary antagonists of the hero Jessica Jones.  The Purpleman will appear in the Jessica Jones / Defenders Netflix series and be played by actor David Tennant.

One of the most evil villains...
The Purpleman may be one of the most evil villains in the Marvel Universe.  His power is that he overcomes people will by releasing a special pheromone and this allows him to control and command people.  Only people with very strong will can resist him.  He shows absolutely no regard for others and is will kill and torture people on a whim.  He once killed 32 people in a restaurant by telling the people to stop breathing.  He did so he could eggs in silence.  As one of the primary villains of Jessica Jones he is likely to appear in the Defenders Series.

Killgrave also understands at times that he his living in a comicbook.  He will periodically break the 4th wall of the comic or mention the readers/writers of the story.  While breaking the 4th wall adds humor to characters like Deadpool and Shehulk with the Purpleman it makes him even more creepy.  This very sinister villain is aware you are reading about him and he enjoys putting on a show for you.


Bio:
Killgrave is a communist secret agent working in the US.  During a mission to steal a neurotoxin he is caught.  The guard who catches him shoots at Killgrave as he attempts to flee.  The bullet hits the canister of neurotoxin he is carrying and it the gas sprays out all over Killgrave.   As the guard catches up, Killgrave gives the man a lame yarn and to his surprise the guard accepts it.

Killgraves skin is turned purple by the Neurotoxin and he looks completly abnormal however he finds that people will do whatever he asks him.  Like the guard at the base he can simply tell people to go away, and they will.  Eventually, he begins to use his power for more sinister uses.

First he forces a woman to love him.  While, Killgrave loves her, she feels nothing for him.  He uses his power to force a relationship with him.  Eventually, he comes clean about his power and she feels sick at knowing that she has been manipulated and raped by him.  She leaves later secretly giving birth to the Purple Man's daughter Kara.  Kara inherits her fathers manipulation powers. 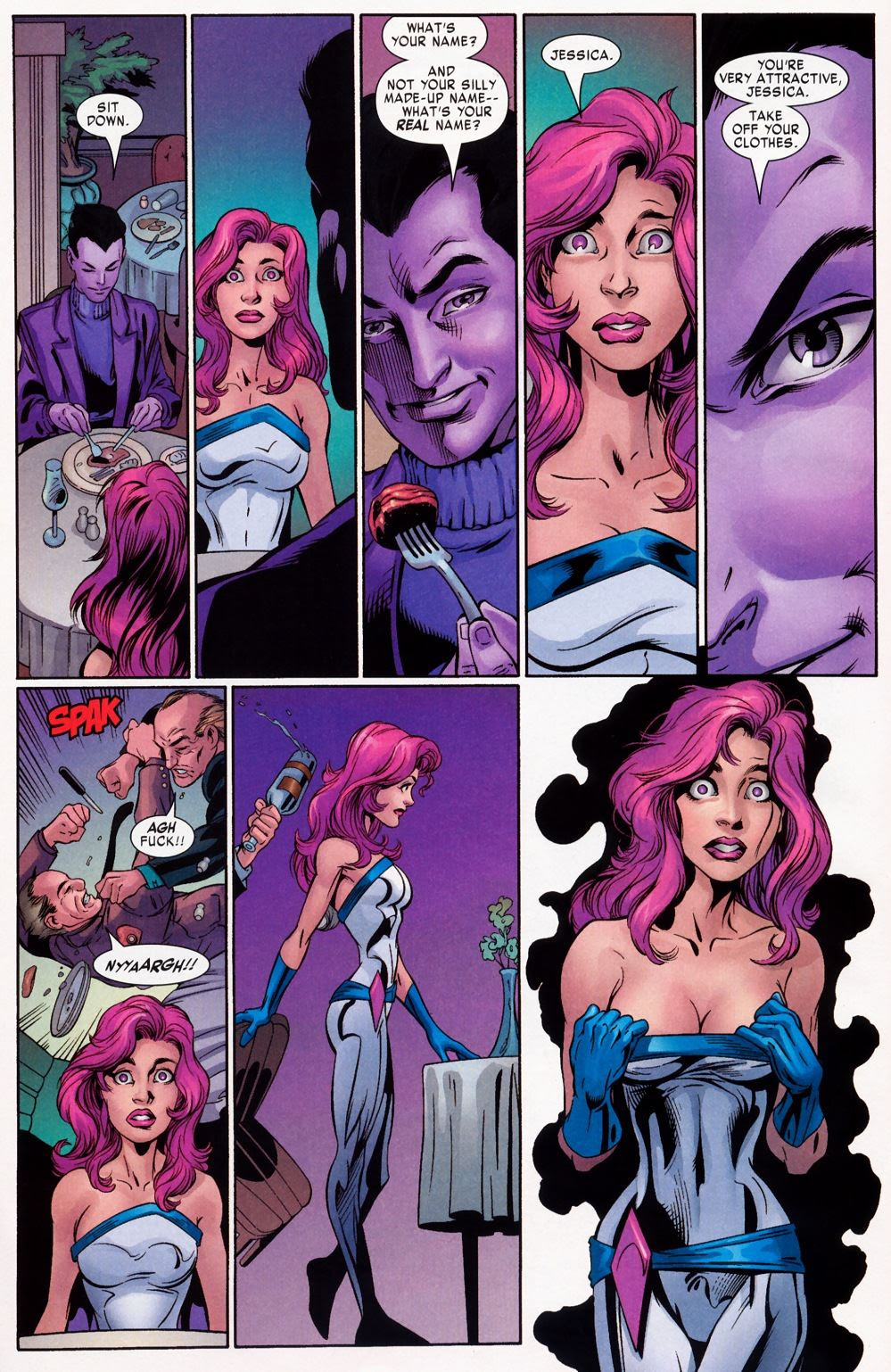 The Purple Man turns his powers toward criminal pursuits and quickly begins to run into superheroes.  Spider-Man, and Daredevil manage to lay serious beating on him but he always comes back.  Keeping him prisoner is very tricky due to his powers.

Eventually, the Purple Man runs into Jessica Jones who is using the moniker of Jewel as a super hero.  What unfolds is a dark and controversial story of mental and physical abuse.  The Purple Man holds Jessica Jones in a state of mental slavery for 8 months forcing her to be his body guard, and watch as he manipulates, rapes, and cons people.  He also makes her beg to him.  The abuse traumatizes Jessica Jones and it takes her awhile to pull herself up and live a normal life.  A friendship and later romance with hero Luke Cage eventually helps her overcome the brutal abuse of the Purple Man.

Jessica Jones is given a telepathic block to the Purple Man's power by Jean Grey.  When she meets the Purpleman meets her again he orders her to kill a random Avenger.  Annoyed that she does not move he says well if he must be specific breaking Captain America's back would suffice.  Jones proceeds to punch him into a car.

The Purple Man continues to get caught only to escape again always causing mayhem.

Power:
Killgrave's purple skin emits a pheromone that lowers the willpower of those around him.  This allows him to then offer suggestions that people are unable to resist.  People will then generally do what ever deprived thing that the Purple Man asks them to.  If he asks someone to stop breathing they will.

The Raft prison uses a counter agent chemical that reduces the effect of the pheromone.

The Purple Man will be a villain appearing in the Defenders Saga series.  He will like be a part of Jessica Jones storyline.  The story of what happens to Jessica Jones is darker than anything we have seen from Marvel so it will be interesting to see how they handle it.

The Purple Man will be played by Doctor Who alum, David Tennant.

The site that seems to be creating bios for the criminals in the Defenders series called the Seagate Prison files has released a file on the Purple Man.
Seagate File - Purple Man 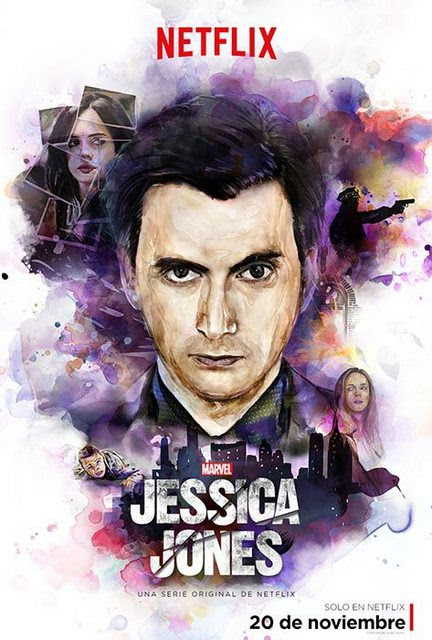 Related Posts:
Welcome to Marvel Villains Week
Who is the Purple Man?
Who is Luke Cage?