Who is Mockingbird AKA Bobbi Morse

Who is Mockingbird?
Mockingbirdi is a hero in the Marvel universe known for his role as an Avenger.
Mockingbird appears in Seasons 2 and 3 of Agents of SHIELD and be played by Adrianne Palicki.  Mockingbird left the Agents of SHIELD Show along with the character Lance Hunter (Her ex husband).  The pair were meant to appear in their own series called Most Wanted but that show did not get past its own pilot.  It is unclear if she will appear again in Agents of SHIELD or some other place in the MCU.


Mockingbird News:
Mockingbird Multimedia:
Mockingbird Overview:
Mockingbird has a weird, wonky and discombobulated comic book history.  There are times where she is used simply as a prop to add plot twists for a male character, and then other times she explodes in full on  female bad assery.  She is a very cool and complicated character that has ties with a lot of things that Agent's of SHIELD could use.  She is known as a person for hunting down corrupt SHIELD agents from within and from outside the organization.  With Hydra having infiltrated SHIELD she could be actively hunting down SHIELD agents she feels are Hydra double agents, potentially Coulson?


Mockingbird Bio:
Mockingbird begins as a side character in Manthing/Ka Zar stories.  She begins her career as biochemist working on the project Gladiator project that leads to the creation of Manthing.  After being kidnapped by AIM she later becomes a full on SHIELD agent.

At one point she leaves SHIELD and takes on the name Huntress and hunts down corrupt SHIELD agents.  DC begins using their own Huntress character (Huntress is on the show Arrow) and so Marvel changes her name to Mockingbird.  The idea of her being someone who hunts down rogue SHIELD agents sticks with the character even after the name change.  With the change to the Mockingbird name she is also given a superhero costume.

She begins a relationship with the Avenger, Hawkeye and they have a very up and down relationship.  They eventually get married and have many adventures together.  The two are founders of the West Coast Avengers team.  Hawkeye and Mockingbird are getting ready to finalize their divorce when she is seemingly killed.

The issue of Mockingbird's rape by the Phantom Rider and subsquent murder of the villain was rewritten in Mockingbird #8 (2017).  In this version Bobbie was actually willfully cheating on Clint with the Phantom Rider and Clint made up the drugging bit because he couldn't stand the idea of his wife cheating on him.  This is the actual reason they get divorced in the revised version of events.


Mockingbird Powers and Skills:
Mockingbird had no powers until very recently in the comics she was given a serum that was based on the Captain America Super Hero Formula as well as Nick Fury's Infinity Formula.  This seems to have greatly increased her speed and strength.

She is an expert biochemist and an advanced martial artist and SHIELD field agent.  Her weapon of choice is a bow staff that can break apart into two smaller one handed staffs.


MCU: Agents of SHIELD
Bobbi Morse is played by actress Adrianne Palicki in the Marvel TV show Agents of SHIELD.  The character has been confirmed to be the focus of a Spin Off show later in 2015. 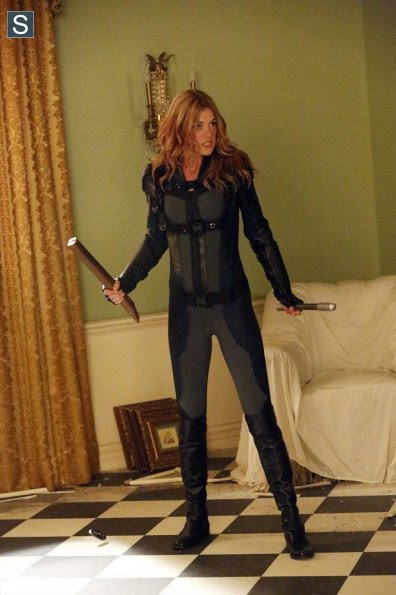 New pictures show Adrian Pallicki in Agents of SHIELD season 3.  Still no Mockingbird costume like in the comics.  She is looking cool though. 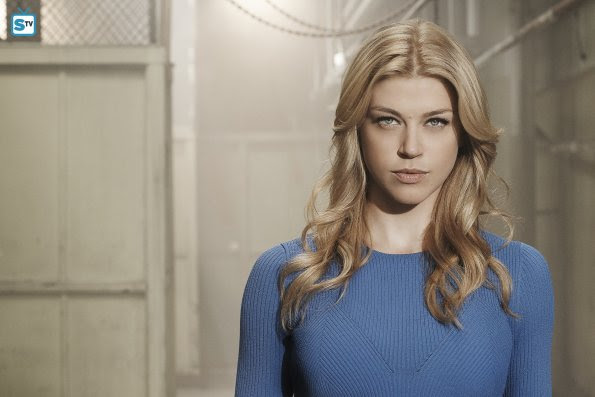 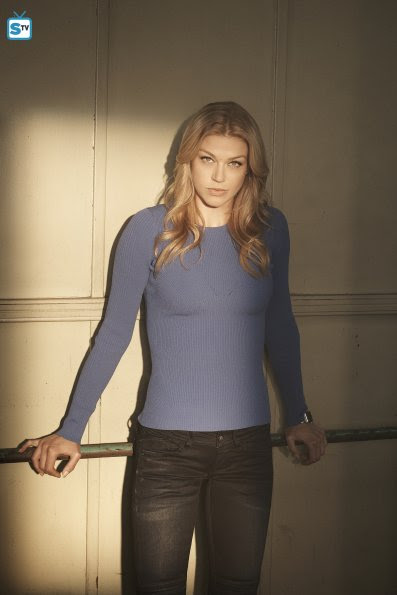 Interestingly enough Marvel has recently acquired the TV/Movie rights to Manthing and has hidden Manthing related Eastereggs in Agents of SHIELD and Ironman 3.

See for more information on Manthing
Manthing Easter Eggs in Agents of SHIELD and Ironman 3
Who is Manthing? 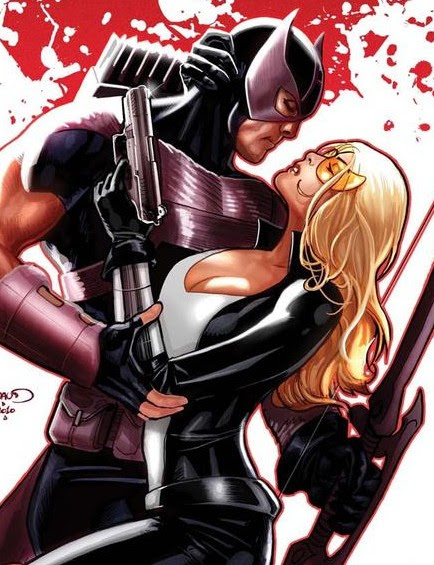 Hawkeye really has not been shown that much.  He is briefly in the movie Thor and in the Avengers he has his mind taken over by Loki.  Mockingbird and Hawkeye have a long and crazy history together and it would be cool to see if Agent's could get Renner to show up in an episode.


Super Hero Serum:
Bobbi has ties to many of the super hero serums:
Mockingbird The Huntress
Initially, Mockingbird was called the Huntress because that has been one of her primary tasks.  She hunts down the bad agents.  Right now in Agents of SHIELD there are a lot of bad agents and Mockingbird will likely be very, very busy.