The rebooted Origin of StarLord


Rebooted Origin.   Here are some panels from the reboot.
It involves his mother meeting the Alien prince J'son.
Who is J'son?
Who is Starlord? 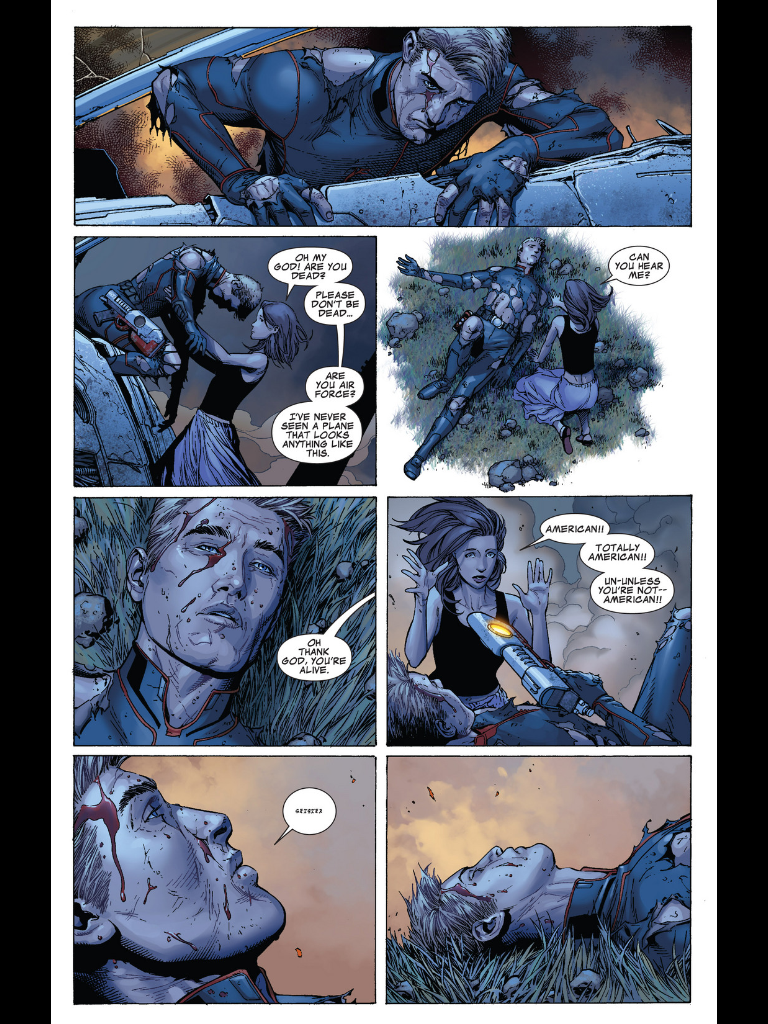 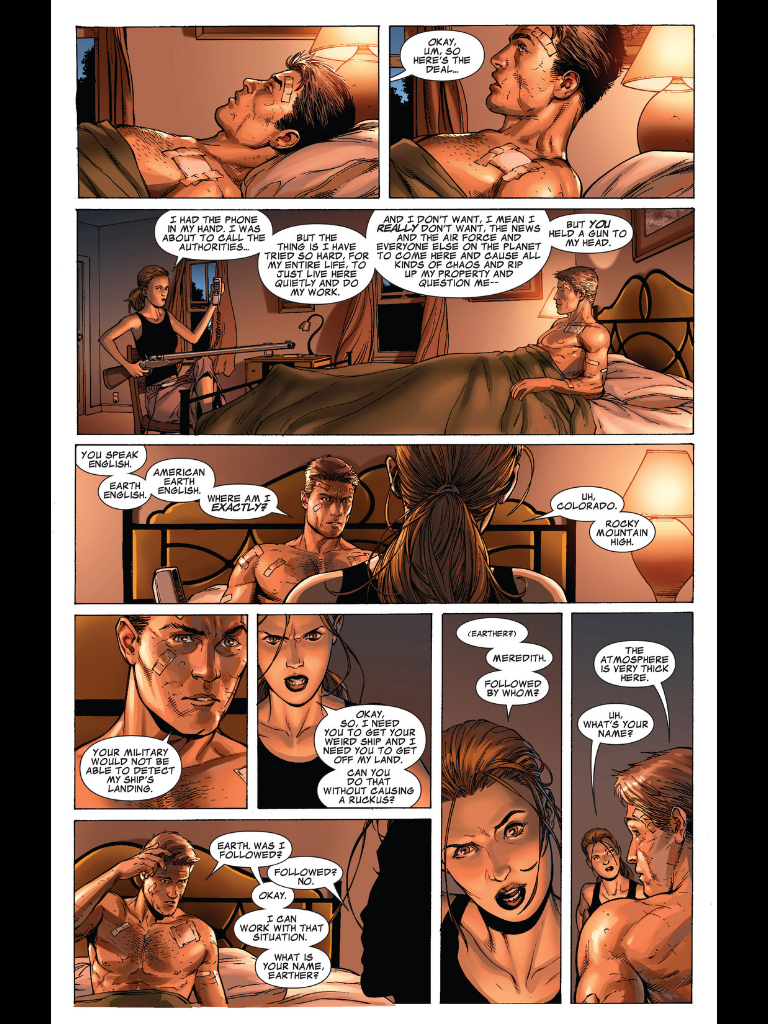 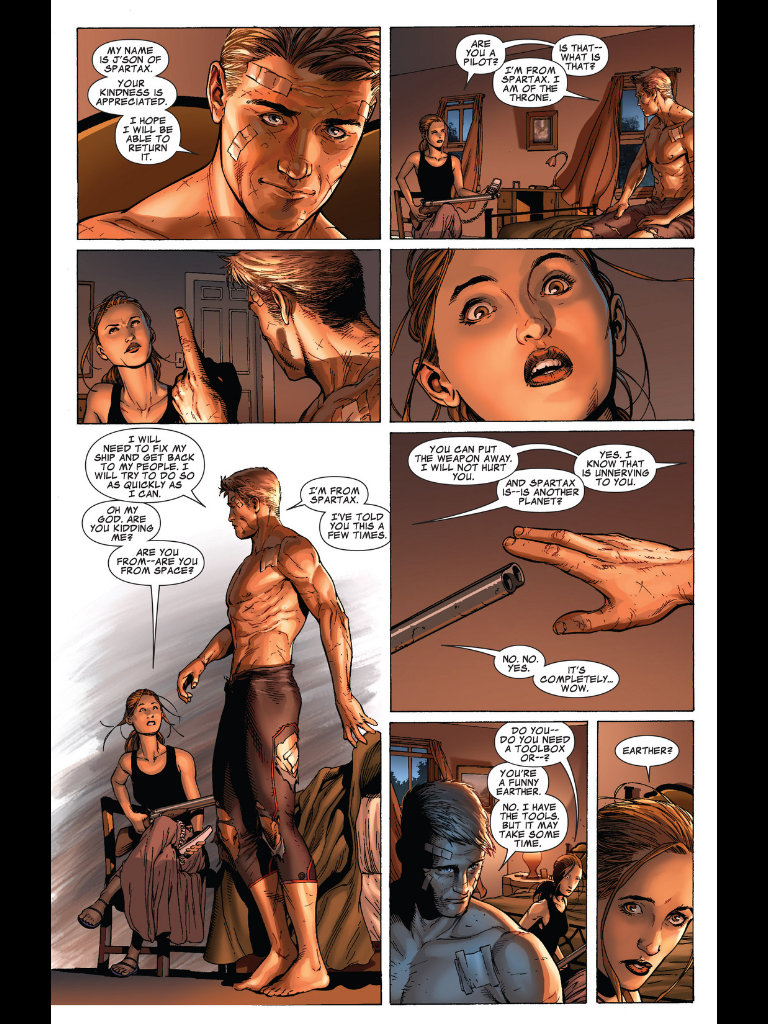 The two then look at the stars and apparently get romantic.  When he leaves he gives her his space gun as a memento.  Of course he also leaves something else.
He may not have known that humans and Spartoi are genetically similar enough to have children.

She struggles to raise a very feisty Peter Quill on her own.

The Badoon learn of Star Lord existence and wanting to wipe out the entire line of the Spartoi they come to Earth to kill Peter Quill.  They kill his mom, but Peter Quill manages to use an old shotgun to kill the two Badoon assassins.  He then hears a noise and finds the weird gun his father left. 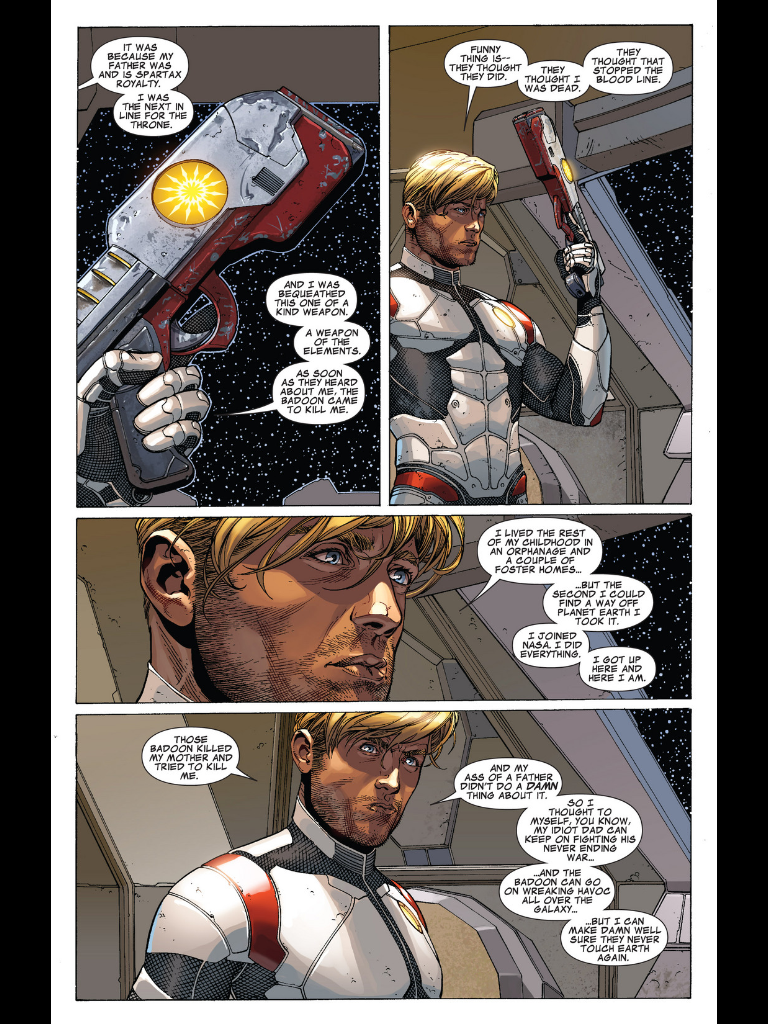