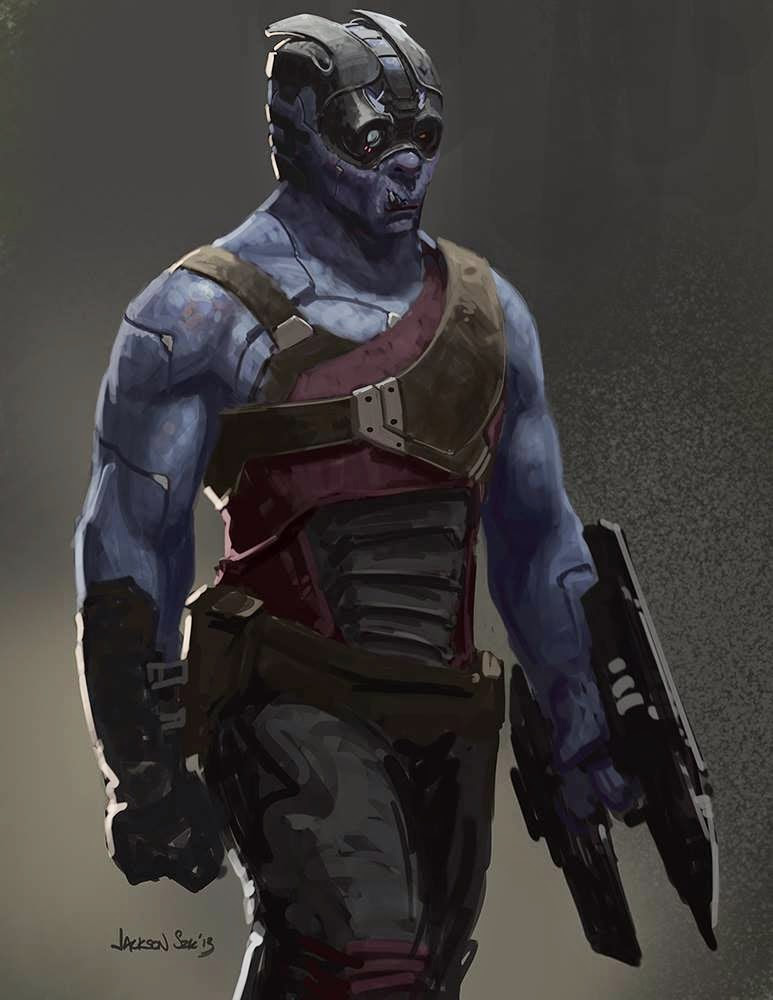 It looks as though Marvel initially planned for Korath to look more like a traditional Blue Kree.

This adds some evidence to the argument that Korath was converted to look more African American to add an African American character to the movie.  This makes some people angry.  I really did not mind too much and thought it could be pretty easily explained.
For more on my opinion see the post:
Why is Korath not blue?

My Beef with Korath in the Movie
I thought Korath was very under utilisized and under explained.  Though I thought the same thing about all of the Villains in Guardians of the Galaxy.  The heroes are all explained very well, and the villains not so much.  Korath also seemed to die in the end of the movie (This is somewhat unclear though) which is too bad because I would really like to see him come back and be fleshed out more in a sequel.

Which look do you prefer between the 2 below?