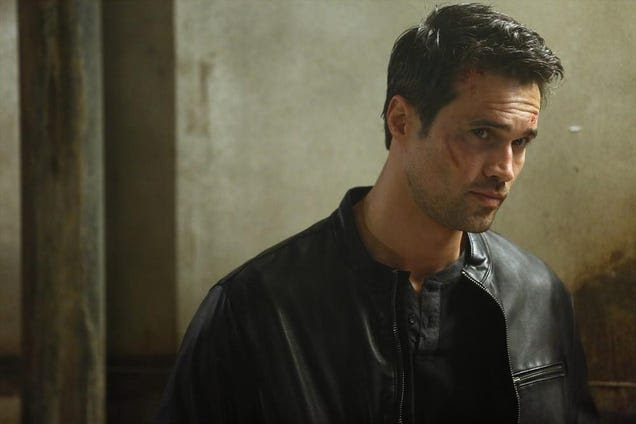 Grant Ward is revealed to be a Hydra Sleeper Agent in the end of Agents of SHIELD Season 1.

BIO: Season 1 (SPOILERS)
Grant Ward is brought in to Coulson's SHIELD team to add some muscle.  Before this he had typically operated alone.  He is considered one of the best and deadliest specialists at SHIELD and is often compared to Romanov AKA Black Widow (Of the Avengers).  He seems to only reluctantly join the team.

He becomes the mentor of the team's newest member Skye.  While, they remain professional both develop romantic feelings for each other.  He also develops a friendship with Fitz on a suicide mission to destroy the Overkill horn.

In the episode the Well we learn that Agent Ward hides a dark family past with a seemingly psychotic and abusive older brother.  He begins a romantic episode with Agent May.  This relationship ends when the Asgardian Sorceress takes control of Agent Ward and reveals he has true feelings for Skye and not for May.

In a Earth shattering revelation Ward is revealed to be loyal to the Clairvoyant John Garrett and Hydra.
It seems John Garrett recruited Ward as a teenager.  It is unknown exactly what Ward was hoping to gain from his loyalty to Garrett.  He seemed annoyed and distressed as Garrett lost his sanity.

At the end of Season Ward was in custody of SHIELD.

Season 2:
Ward is locked in a special cell, where he does work outs, and continues to train.  He remains interested in Skye and when she comes to visit him, he reveals that he knows her Father.  He promises to take her to him.

Ward is used as bargaining chip between Coulson and Ward's Senator brother.  While be transported Ward escapes.  His first act as a freed man is tie up some Hydra agents and leave them for his old SHIELD team.  He then kidnaps and murders his brother.

Ward strikes up a deal with Daniel Whitehall the local Hydra leader.  The deal he hopes will give him access to Skye.  Skye is captured by Ward where he introduces her to her father.  His promise fulfilled he hopes it will serve as a token of rekindling their relationship.  However, these hopes are dashed when Skye escapes by shooting him in the back.

A wounded Ward escapes with Hydra Agent 33.  Working with 33 he continues with a plan to bring down SHIELD.  This ends with the kidnapping Bobbi Morse whom Ward tortures.  In the rescue of Bobbi by SHIELD Agent 33 is killed.

Ward is shown at the end of Season 2 forming a new Hydra group. 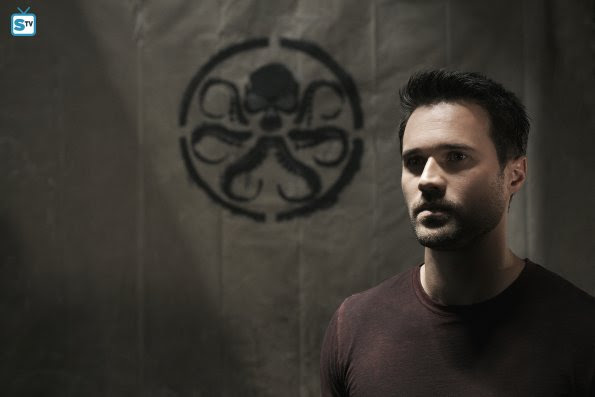 In Season 3, Ward true plans are mysterious but he appears to be creating a new Hydra organization.

Actor Brett Dalton revealed in a interview with ComicVine more about Ward vision of this new Hydra.


"This is not like your father’s HYDRA. In the past, they have been about world domination and all these things like that. It’s not so much pro-world domination as it is anti-S.H.I.E.L.D. This is the yin to Coulson’s yang. This is HYDRA in Ward’s vision. Ward isn’t for formality and all of that. Nobody’s twirling their mustache in this particular version of HYDRA. Nobody’s spitting back with their sniveling or cackling in an evil way. That’s not what this is about this season. It’s maybe a more stripped down version of it. But it’s going to be cool because this is somebody that we know is extremely capable and might have a grudge or two against Coulson. S.H.I.E.L.D. can be directly responsible, in his eyes, for two failed relationships that he’s tried to have which were very important to him—one with Skye and one with Agent 33. If it weren’t for S.H.I.E.L.D. meddling in all his affairs, he’d be a much happier man. So there’s an axe to grind."

Grant makes connections with Gideon Mallick a remaining high level Hydra member.  He then is selected to lead a mission to the planet Maveth in order to retrieve the Inhuman Founder of Hydra.  He is killed on the mission by Agent Coulson.  However his body is reanimated and controlled by the Inhuman Founder known as Hive.