Adrianne Palicki to play Mockingbird in Agents of SHIELD season 2

Big Agents of SHIELD casting news has been reported from The Hollywood Reporter.  Andrianne Palicki has been hired to play Bobbi Morse AKA Mockingbird.

Related:
Who is Mockingbird? and why is she AWESOME!
THE HUB: Home to latest SHIELD news and speculation

Palicki is known for Lady Jaye in GI JOE Retaliation as well as playing Wonderwoman in the planned but failed pilot episode.


Bobbi Morse is said to show at Episode #5 of season 2 and may reappear throughout the season.  Despite playing a hero or character may be initially opposed to Coulson and his team.  Does anyone have any ideas as to why?  My guess is that she has a beef with one of characters that Coulson is adding to his team.


Mockingbird is known for being a bad ass martial artist particularly with a staff. She is also Clint Barton's AKA Hawkeye's wife.  They are like the Mr and Mrs. Smith of the Marvel Universe.

Mockingbird was killed and stayed dead in the comics for a quite awhile.  She was eventually found a live in a cell on a space ship after the events of Secret Invasion where the Skrulls invaded Earth.

Related:
Who is Mockingbird? and why is she AWESOME! 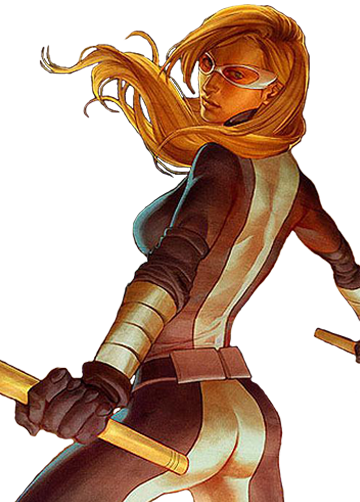