We may have our Doctor Strange people!

Could Aaron Paul have been cast as Dr Strange?

I do not know if this is valid or not.  Aaron Paul is a great actor but I have not heard about him being in the running to be the magical Dr Strange?

Whedon has since deleted the tweet, potentially it beat out an official announcement, or perhaps he was just joking.

Who is Dr Strange?
Dr Strange is the Sorceror Surpreme of the Marvel universe.  He is effectively the most knowledgable and powerful hero in the arcane / magical arts.

His name Stephen Strange was mentioned as a target of project Insight in the movie Captain America 2.


Who is Aaron Paul? 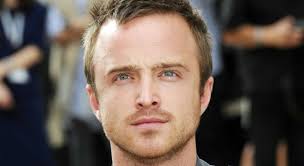 Aaron Paul is most known for playing Jesse Pinkman in the hit series Breaking Bad.  He played a low level drug dealer who is pulled deep in to the business of cooking meth.  By the end of the show he has become something like the last moral compass of the show as its main character Walt gets darker and darker.

Dr. Strange would be a very different role for Paul but I am sure he could pull it off.