Who is the new female Thor?


Update: The identity of the female Thor has been revealed scroll to the bottom to find out.  Spoiler Warning.

Marvel has already given us a female Captain Marvel this year and they are not stopping there.  Now Thor will be a female as well.

How?  The prior Thor has been found unworthy of using his Hammer.  A female hero.....whose identity has not been revealed will be worthy.

The mantle and hammer of Thor will be held by a female.


This is bigger news than Carol Danvers taking over Captain Marvel.   Thor is a more popular character and his origins in folklore make him even seem even more sacred.  This move is thus bound to create much more controversy.   Due note that the old old Thor will still be alive.  I am not sure what he will call himself.  You can see a picture of him below holding an Axe.  I personally am not going to freak out too much.  I love THOR.   I think he is great fun and love watching him beat up smarmy Iron Man.  That said comic books need these detours to keep things fresh.  Am I for this being a permanent change.....No.  I think even the easy going comic book fan I am will start to fuss if that is proposed.

My guess is that the result of this will be a very powerful new female character and hopefully a really fun story.

Here are the first pictures of the new female Thor. 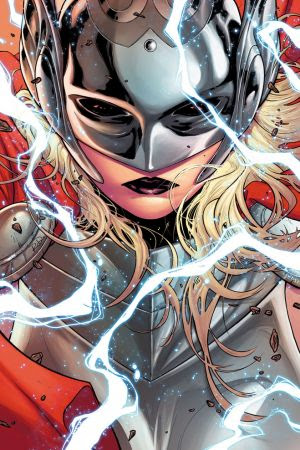 Who is this new Thor?
Supposedly the woman is someone that Thor has met in the past:

What we know about the female Thor, behind the mask  These revelations mostly come from Thor #4:
When the family members are removed the new list:

I tend to think the character does not act like the Enchantress or Lorelei either.  This means the person behind the mask is either:

Of these possibilities I lean toward Roz Solomon, but until more is revealed I can not say for sure.

Update: The New Thor has been revealed SPOILERS 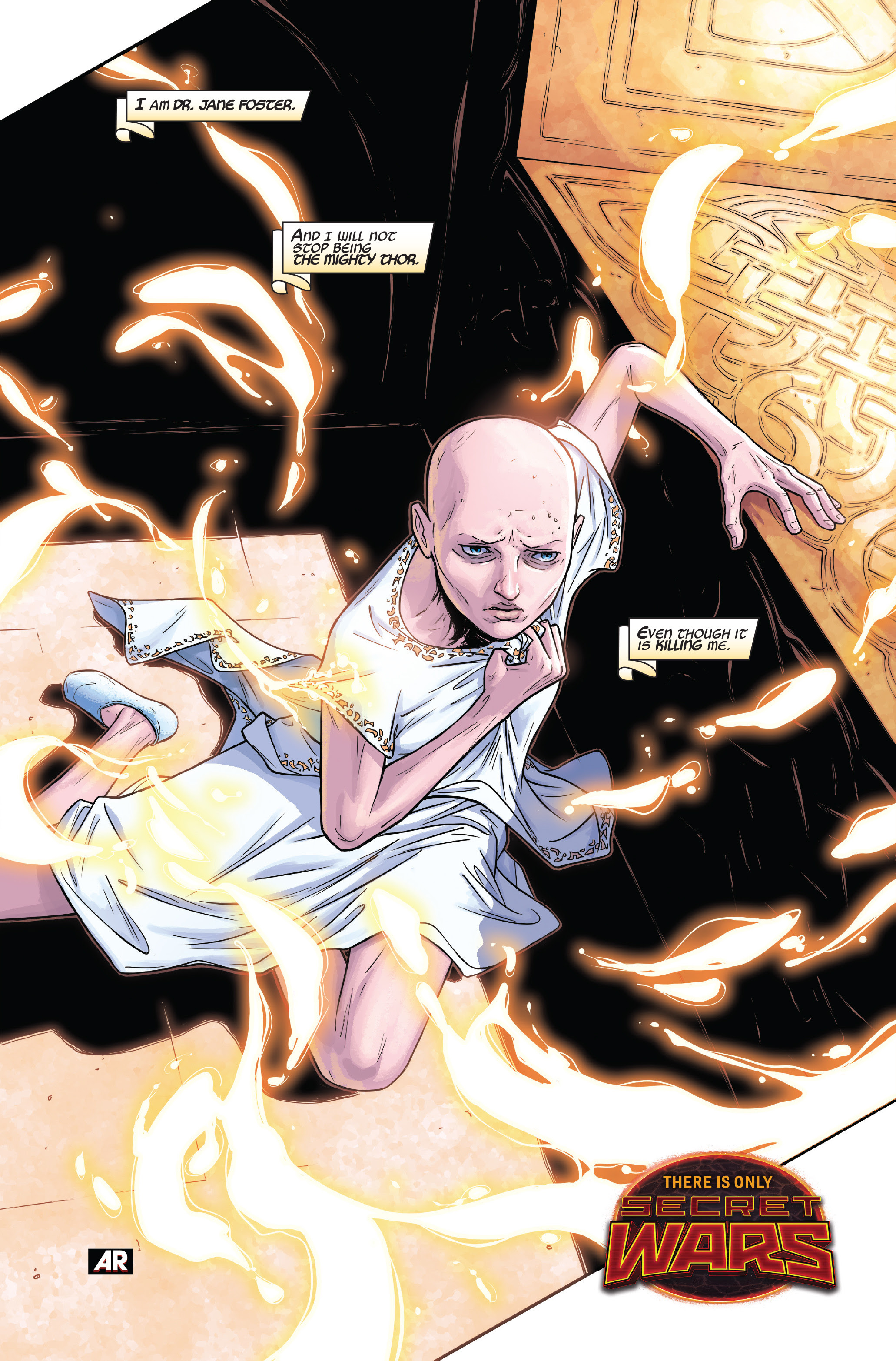 The new Thor is Jane Foster.  The series led fans away from this idea because they showed her dieing from cancer.  Apparently, for some reason the powers of Thor are causing this deterioration to accelerate.  The series was strongly hinting at Roz Solomon being Thor and I liked that idea.  I don't like this one.

My little Rant
I am very disappointed by this announcement because there is nothing warrior-like in Jane Foster's character.  She does not make any sense as a Thor.  There are a ton of better suited female characters and I feel like this was written just to bail out the Jane Foster in the films who has come under criticism for not being as interesting as the Lady Sif..  Could they now write Natalie Portman's Jane Foster in as the replacement for Thor in the MCU?  I guess so?

Jane Foster was part of a stable of old female characters that were created in the 50s to be romantic interests to male heroes.  These characters for better or worse were products of their time and generally were pretty lame.  Marvel seems to be trying to push all of these characters into water that does not fit with how they were written.  Why they do not use one of the new, stronger,  female characters I don't understand.  That would make much more sense to me.  To me this announcement ruins the whole girl power message of the series.  There were suppose to be things that made this woman special enough to pick up the hammer of Thor.  Now we know what that special thing was.....she was Thor's girl friend.  Her claim to specialness came from her association with the male character.

I also don't like the idea of Thor's powers causing her cancer to be worse.  That makes no sense to me.


Related:
Thor 25 Preview- First appearance of Female Thor
Lady Thor Cosplay
Thor #1 Preview the age of the female Thor is nigh
on May 13, 2015

Email ThisBlogThis!Share to TwitterShare to FacebookShare to Pinterest
Labels: Female Thor, Marvel, Thor, Thor Female, Thor Girl, Who, Who is, Who is girl, Who is Thor