Who is Adam Warlock?


Who is Adam Warlock?

Adam Warlock is a mixture of a fantasy and sci-fi. He is a cocktail of magic, science and religion.  Almost anything  can appear in one of his stories.  He is one of the primary heroes who stands up to Thanos's attempts to take control of the powerful Infinity Gems.


Adam Warlock Store
Need a cool Birthday or Christmas Gift for the Marvel fan in your family, or just want to treat yourself to some cool Marvel Collectables.  Here is the Online Toy Store from Toylab that connects directly to Amazon to give you the best deals on Marvel Toys.  Other places that can carry Guardians of the Galaxy toys are Walmart, Target, Walgreens, CVS and Toys R Us however they do not always carry them.

Origins:
A group of evil scientists called the Enclave have a goal of creating a one world Earth government ruled by an ''enlightened'' scientific dictatorship.    The 4 scientists are all far ahead in their fields and by combining  their efforts begin to develop technology far ahead of the rest of Earth.  They also discover and begin backward engineering ancient alien technology from a group called the Deviants.

There first major break through is the creation of their view of the perfect man, who they call 'Him'.  Him is in a cocoon contraption and inside is building up strength and power.   At some point he will begin having super strength,  durability,  speed and intellect, fire energy blasts and in their eyes mark the next evolutionary step of mankind.  They plan for "Him" to be the first of a new race of people.  Unfortunately, for the Enclave "Him" knows about their plan and he doesn't like it.  He attacks them and escapes along with the Fantastic 4.

Soul Gem
He ends up returning to his cocoon but leaves it to help the High Evolutionary.  Due to leaving the cocoon early he doesn't develop all of his planned powers.  This does not develop all of the special powers that the Enclave had initially intended.  This does not really matter though because he is given the Soul Gem.  The Soul Gem is one of the super powerful Infinity Gems that gives Warlock all kinds of powers.   It has a mind of its own and likes to feed on the life force of being so he has to keep the gem in check.  The soul gem can take peoples souls and stores them inside itself.  The inside of the gem is shown as being a pocket universe paradise, where all the souls it has devoured lounge around getting sun tans and drinking tropical umbrella drinks.  Warlock often uses this power to snatch people when they are in pain or close to a miserable death as he did with Gamora and Pip the Troll.  He himself at one point ends up inside the gem.

Powers:
Numerous with the Soul Gem.  He can fire energy blasts, is super strong, durable, fast and smart.  He can absorb peoples souls into the soul gem.  He can fly, travel vast distances in space.

He later emerges with what is called Quantum Magic which gives him similar powers as those he has with the Soul Gem.


Thanos and Infinity Watch
Warlock becomes a major cosmic hero one of the primary heroes to battle Thanos for control of the infinity gauntlet.
After defeating Thanos he is also the found and member of the Infinity Watch.  Warlock gained control of all of the infinity gauntlet and wisely decides to give up that immense power and responsibility to a group of heroes.  He creates the Infinity Watch.  A group of Infinity gem holders who are sworn to keep them safe and from any one person controlling them all.  Particularly, to keep Thanos from getting them and destroying the universe.

Warlock learns that he will eventually becomes a powerful evil villain called Magus.  The Soul Gem will eventually cause him to go crazy and he will become an evil Tyrant. Magus is one of the more powerful villains in the Marvel Universe. 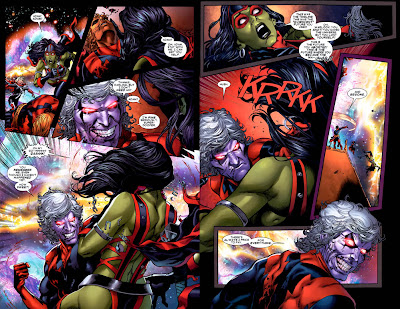 Some of my favorite Warlock moments:I always liked Adam Warlock he has a totally different weird vibe.  He has the orange skin that radiates light kind of like a Twilight vampire and he wears a medieval wizard outfit that would look stupid on anyone else.  His stories falls into this weird chasm between magic/sci fi/epistomolgy that always makes his stories interesting.  They are a bit reminiscent of the weird/strange stories that were popular in the 1920-40s.

As a kid I picked up the comic below it is a typical of the 90s comics with a fun foil cover.  Those were big in the 90s.  Like most 90s comics it was overprinted by the bazillions and will likely never be worth much but it is still fun to look at.

Warlock when I was growing up was most known for the big Cosmic Event stories like Infinity Gauntlet where he battled Thanos. 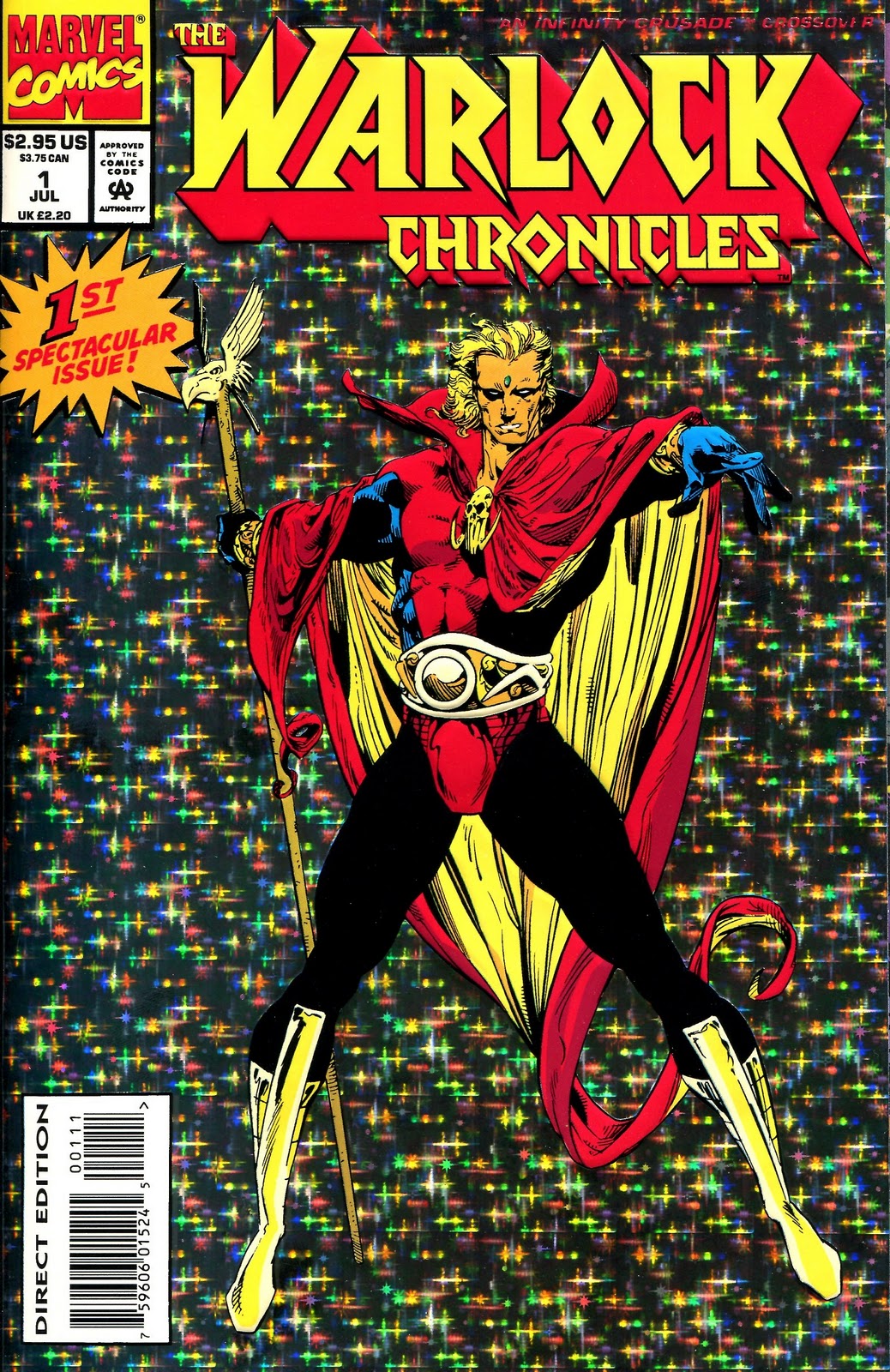 MCU:
Ever since Avengers Infinity War was announced Marvel fans have been speculating about the appearance of Adam Warlock.

The first major wave of speculation occured after Thor 2.  Adam Warlock's Cocoon could be seen amongst the Collector's possessions in the after credit scene of Thor 2.   At the end of GotG end credit scene you see the cocoon is now open.

The real cocoon of Adam Warlock is shown in Guardians of the Galaxy where Ayesha of the Sovreign race is talking to an elaborate cocooon said to hold a being she calls Adam.  Warlock did not appear in Avengers Infinity War however it is possible he could factor into defeating Thanos in Avengers: End Game.

COSPLAY:
I found one solid Warlock Cosplayer along with a whole slew of Cosmic heroes