The Inhumans come from humans who were experimented on by the Kree aliens.  Due to their unique attachment to the Kree they have far higher amounts of technology than their human cousins.  They used this technology to create a very advanced city.  The city is capable of moving vast distances and could be thought of as a big city sized, space ship.

The city created by ancient Inhumans has been located on various places in Earth.  The Inhumans have continually move it to keep it away from humans.

Its name is derived from Alantis which at the time of its creation (7000 years ago) was the former great civilization on the planet.


Structure:
The city is large and houses multiple levels that are generally organized along with the castes of Inhuman society.
The top floor is for Inhuman royal family whose palace resides high into the skyline.  The rest of the open air level of the city contains those in the high to mid caste of the society as determined by how they changed in the terrigen mist or those who have not yet been exposed.

The lower levels are where the lower cast members reside.  These members are primarily made up of the Alpha Primitives.  This is a group who reacted poorly to the Terrigen mist and de-evolved.

The important Terrigen mist and the crystals from which it comes from are also housed within Attilan.

Location -
The city of Attilan while capable of movement has recently been residing in an area of Earth's moon called the Blue area of the Moon.  The Blue Area of the moon is an ancient city created long ago by the Kree aliens and has atmosphere.

Attilan has traveled to places on Earth at various points in history including the Himalayas and under the Pacific Ocean.  Generally, the Inhumans park the city in a remote location to avoid contact with their human cousins.    Inhumans fear both tampering with their way of life as well as disease.   While Inhumans are stronger than humans their immunities are far weaker making them very vulnerable to everyday human diseases.

There is also a fear that the lower castes of Inhuman society could rebel while seeing other ways of living.  For both of these reasons the city is often kept far away from large human population centers.

There is also a fear of humans themselves who could in their vast numbers harm the Inhumans.

While the Inhumans with their vast powers could potentially take over human kind they generally seem disinterested by this concept.  Some Kings and villains like Maximus the Mad have proposed world conquest but they are normally taken down by other Inhumans.

Intestellar Travel
Attilan has also traveled to another galaxy to the planet of Hala where the Inhumans effectively took control of the Kree Empire.
This was not a typical capability of Attilan, as it typically moved slowly around the Earth or to Earth's moon.  The vast speed at which Attlilan traveled was made possible by using older interstellar engines infused with the power of Black Bolts voice.  The voice of Black Bolt was also harnessed as a weapon that destroyed an Armada of Skrulls and Shi'ar on its route to the throne world of the Kree Empire of Hala.

To
Here is a nifty map of Attilan.  Here you can see that the Palace of the Royal Family is the central and more prominent feature of the city.
The lower cast of Alpha Primitives live on a lower level of the city.

Recent Events:
In the story of Inhumanity the city of Attilan crashes down to Earth. 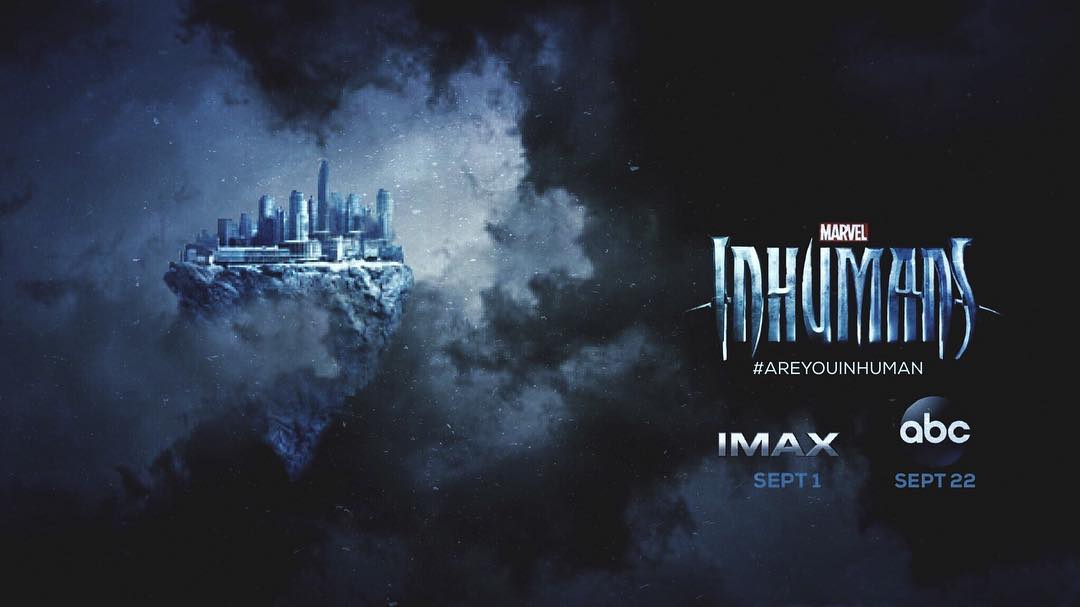 The city will make its first appearance in the MCU with the show / film Inhumans that will be released in Imax theaters.

Marvel released a short teaser for the show of Inhumans that featured a structure in a dark setting with lights off in the distance.  My assumption is that this setting is part of Attilan.  Some have said they think it is from a prison cell that houses Maximus the Mad.  Maximus is a narrator of the clip so this is possible.

Related Posts:
What is the Temple of Randac?
What is an Inhuman?
Who is the Inhuman Royal Family?
Who are the Kree