Who is the Collector?

The Collector
The Collector is a powerful character in the Marvel universe.  Through his of the Power Primordial he has been shown to have near God like powers.  He has generally been depicted as a morally gray character.  The Collector was played by Benicio del Toro in the film Thor: The Dark World and Guardians of the Galaxy.

Taneleer Tivan the Collector is an Elder of the Universe.  The Elder's of the Universe are considered to be one of the first species in existence in the Marvel Universe. This means he is really old.  As a matter of fact really, really, really old. The Collector is billions of years old.  He is a powerful, immortal alien who decided to take the form of a human, his true nature is unknown.  He has been depicted as both a villain (When he tried collecting the Avengers) and as a good guy, when he has helped fight against Thanos.  He is generally depicted as an eccentric, with a very weird personality.

The Collector also has a daughter.


Collecting
The Collector is obsessed with collecting.
He spends his time and powers collecting unique objects and organisms from all over the universe.  He fills multiple planet size warehouses with his collections. 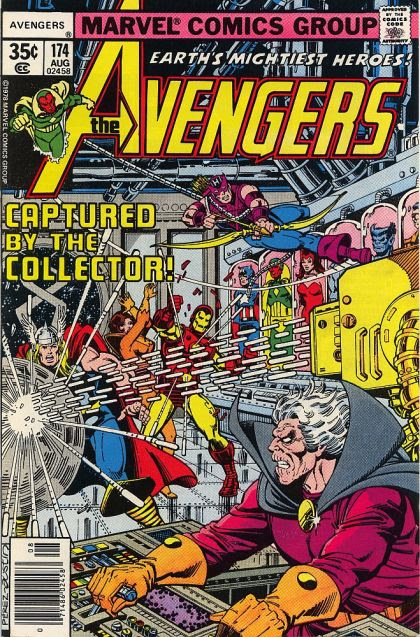 The reason for his collecting obsession goes back to his wife Matani.  Matani was an Elder of the Universe like Taneleer and immortal.  3 billion years ago Matani lost the will to live and stopped being immortal.  She tied.  This somewhat shocks Taneleer and he decides that one needs a hobby / purpose to avoid losing the will to live.  It is suppose to keep him relatively sane.

The Collector thus starts collecting all kinds of items, and species.  It will be interesting to see in the upcoming movie it could be an Easter Egg treasure trove.
What is in the Collector's museum?

Taneleer is given new drive when he begins to see the emergence of Thanos.  His ability to prophesy allows him to see great universal dangers like Thanos ahead of time.  He begins to collect items to keep them away from Thanos and also as potential weapons to use against Thanos.  In the comics he collects one of the infinity gems in this manner though he is unaware of its true powers until unfortunately Thanos gets his hand on it.  Taneleer is also foresee the coming of dangers like Korvac the machine man.

Games with Other Elders
Other than Collecting the Collector also plays games against other Elders.  Notably, the Grandmaster.  They form teams of superheroes and watch as they battle each other like gladiators.

This was done under the orders of Loki pretending to be Odin.  It could be Loki is paying back Thanos for the army and scepter in Avengers.

The collector and his warehouses will be heavily featured in the upcoming movie, Guardians of the Galaxy.  A crate marked Tevan can be seen in an explosion.
Also there are scenes with Tivan and his Daughter discussing the hunt for the movies Infinity Gem.

The site of the Collector's headquarters/warehouse is said to be in Knowhere Station.

Currently known Items in his Warehouse:
What is in the Collector's museum?

Related Posts:
Who is Carina the Collector's daughter?

Guardians of the Galaxy Trailers and Pictures