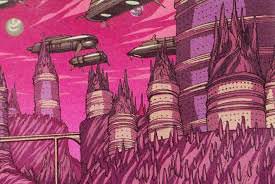 Supposedly the capital was moved from Skrullos to Tarnax IV 100,000 years ago due to Tarnax being more central.  (Question for educated Marvelites out there - How is Tarnax more central when both planets sit in the same star system of Drox?  This seems like an error by Marvel.)

History:
Who are the Skrulls?

Skrullos is the original homeworld of the Skrulls.  It was on Skrullos where the three branches of Skrulls battled in a brutal civil war.  Millions of years ago Skrullos was visited by powerful, alien Celestials, who through genetic experimentation created three different races of Skrulls.  The three races of Skrull included the Deviant shape changing race, a near immortal super powered raced called Eternals and a third race who could mutate benevolently. 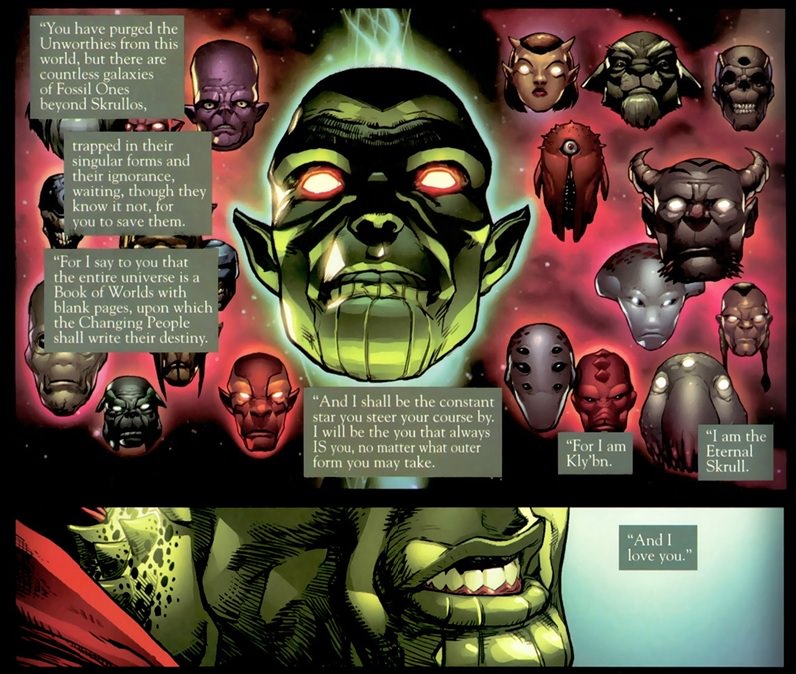 The winner of the war the shape changing Deviant Branch who eliminated all of the other 2 branches of Skrull with the exception of Kly'bn.  Kly'bn was the last of the unchanging Eternal form of Skrulls.  He convinced the queen of the Deviants that he should remain so that as the Skrulls expanded outward they would always know their true form.   He would act as an ideological anchor for what it meant to be a Skrull. Kly'bn made the point that as the Deviants expanded their empire out to other worlds they would continue to encounter fossil ones (Name for those who do not change), but they could get lost in these forms and forget who they really are.  He made the Deviant's believe that by killing him, they would be killing themselves.  Sl'gur't the Queen of the Deviant Skrulls agreed and she embraced Kly'bn and according to Skrull myth they both ascended into a heavenly dimension and formed the Skrull Pantheon.

The Skrulls went on to create a massive empire in the Andromeda galaxy.  The empire included 99 planets at its height with numerous member and partner races.

100 thousand years ago the capital of the empire was shifted from Skrullos to Tarnax IV 4.

Galactus the world eater struck Tarnax killing off the empire's leadership and breaking up the empire.  The Skrulls would try to regain their power by conquering Earth in secret invasion but this left them even weaker.

The Skrull empire is a shell of its formerself and they are attacked again by aliens called the Builders.  With the help of the Avengers, the Skrulls manage to defeat the Builders.  Leading the defense of the Skrull Empire was the Super Skrull Kl'rt due to his victory he is made Emperor of Empire.  The new capital planet of Skrull Empire is Tarnax II.  I do not know what Star System it supposedly resides in.  Hopefully, Tarnax II is not in Drox because that Star System is getting very crowded.

List of Important Skrulls Planets all in Andromeda Galaxy:

Kral IV -Unknown Star System (Said to be on outskirts of Skrull Empire) - Planet of Skrulls who act like 1930s humans - Mostly Mobsters and Civil rights leaders.  Krallian Skrulls are said to not be trustworthy during Secret Invasion due to their affinity for human culture. 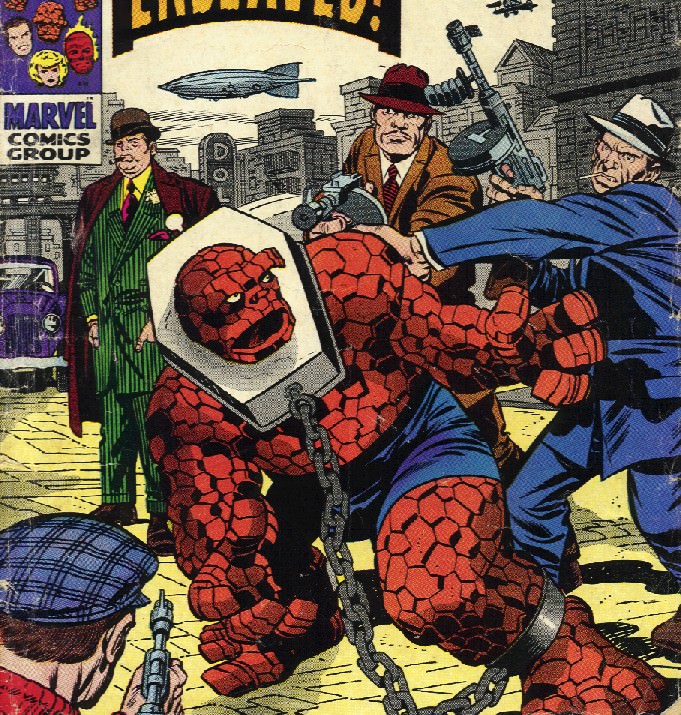 Zorogz'na - I have seen this planet called out in a starmap but I can find nothing on it.  Apparently at one point after the destruction of Tarnax IV this planet is considered the symbolic home of the Skrulls.  I am not sure if Zorogz'na is another name for Tarnax II which would seem to make sense.

Related Posts:
Who are the Skrulls?
Secret Invasion Posters - WHO DO YOU TRUST
Nova Worldmind - Cosmic Races and Cosmic Map