What is the Fault?

What is the Fault:

The Fault is a huge rip an inter-dimensional space and time rip caused by a battle between the super powerful Vulcan and Black Bolt.  Various evil universes have gained access to the main Marvel comic universe (616) thought Fault.  Many heroes and alien empires are currently focused on it to eliminate potential threats.

History:
In the War of Kings story line Blackbolt created a T-Bomb designed to end the war between the Inhumans and the Shi'ar.  It was Blackbolt's hope that the bomb would kill the Vulcan the highly dangerous Omega level mutant.  However, the bomb seemingly killed both leaders and created the massive rip in space / time/ dimension that is the fault.  The fault immediately threatened to destroy the entire universe but Adam Warlock sacrifices his life by anchoring the run off from the fault into an empty universe.  This attempt stabilizes the universe but the rift in the universe remains open.

One of the univeress that access the other side of  the Fault is the evil Cancerverse to enter the 616 universe in the story the Thanos Imperative.  It is suggested that fault is an entry point of multiple universes though its impossible to control where one exits once one enters.

A variety of heroes including the Starjammers, Luminals, Shiar Imperial Guard, Quasar, Nova, Guardians of the Galaxy and even Thanos go into fault in an attempt to keep the the threats there at bay.

Fault in All New Marvel Universe:
The fault has not been depicted since the end of Secret Wars.  This means that the anomaly may no longer exist in the All New Marvel Universe.  It does appear that there is a space anomaly in Nova #11 vol 6 (2016) that looks similar to the Fault.  This is shown during Sam Alexanders search for the Nova World Mind.  This is still an ongoing subject of research. 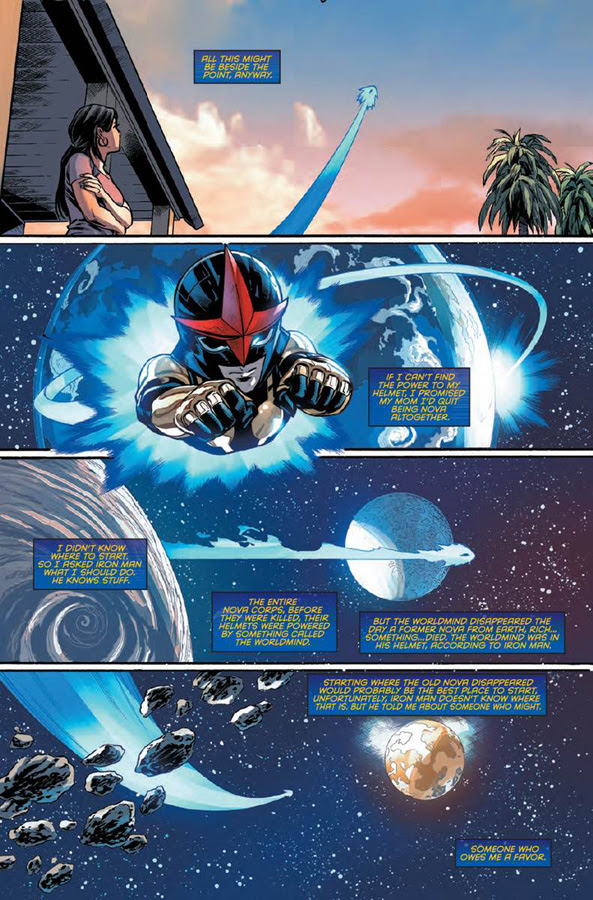 Growth:
The Fault would have kept growing until it consumed the Universe until Adam Warlock managed to anchor it into an unused Universe.  It is still unable to shut completely.