What items does the collector have?  This is a really good question:

The Collector's museum could literally be filled with Easter Eggs from all over the Marvel Universe lets see what we can find in the pictures we have.

Items rumored to be in the museum so far:
-Howard the Duck- A Marvel Character I thought everyone had forgot about.  He had his own movie before everyone else but then disappeared.

-A Dark Elf
-A Chitauri


What can you see in the pictures above and below?

Related Posts:
Who is the Collector?
Who is Adam Warlock?
Nova Worldmind - Cosmic Races and Cosmic Map

A figure of some sort stands in the cell above.  Potentially a Dark Elf?

I am sure the Collector would love to get his hands on Groot.

A statue on the table - Potentially by Alecia Masters?
The Cocoon that is not Warlocks Cocoon in background to the right
Unknown figures walking around in the back ground

Items on an old desk to the far left.  I can not make them out.  The desk looks like it is human in design so it itself could be something.

Similar to the top picture above.  Beta Ray Bill is on the far right but hard to see in this picture.  In the movie you can see him shifting around with a red cape.

If you look toward the top there is a cage with a humonoid standing.  Some people think this looks like Ebony Maw of the Thanos Black Order.

Ebony Maw has been confirmed as a villain in Avengers Infinity War is it possible he was held in the Collector's warehouse and escaped during the events of Guardians of the Galaxy 1?

Sphere
In the top area we see a mechanical sphere.  I am not sure if this part of the museum or part of the collection.

Brood, Beasts, Groot Creatures
It also looks like some large shadows of beast can be seen.  It would not surprise me if one of these is a Brood, and one is perhaps the same species as Groot.

Misc Cells with water/ plants:
There is a cell containing water, and another fauna.  They are two the left and right of the collector I do not know these hold.

Red humanoid prisoner
This is the previous assistant to the collector. 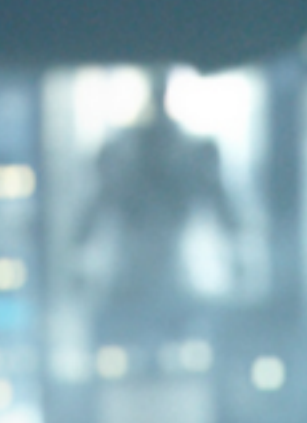 Toy Update SDCC 2016:
Hasbro has an Exclusive toy they are releasing for SDCC 2016 of the Collector's museum.   The toy includes the characters: The Collectors, Howard the Duck, Cosmo, Moonboy and the Inhuman Lockjaw.  It also includes special Marvel items like the Zodiac Key and the Casket of Many Winters. 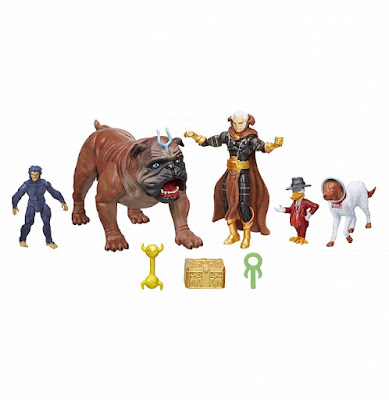 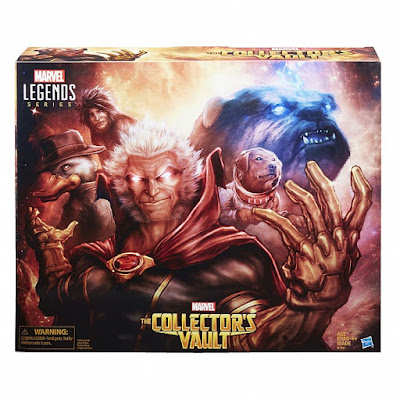 Related Posts:
Who is Adam Warlock?
Who is the Collector?
Nova Worldmind - Cosmic Races and Cosmic Map

Email ThisBlogThis!Share to TwitterShare to FacebookShare to Pinterest
Labels: amulets, Collector, EasterEggs, Guardians of the Galaxy, is, Museum, Spoiler, Taneleer, that, The Collector, Tivan, Warehouse, What, What is, What is in