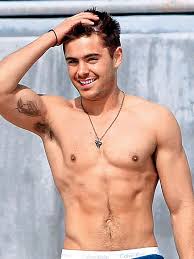 See below for more on my reasoning:

What are the Seagate Prison Files?

DareDevil has been Cast!

The Origins of Ironfist! Who is he?

FACTS:
It has been reported that Zac Efron has received a Marvel Script
Efron would likely only accept a lead character role
Marvel is hiring now for the Defenders Saga Series with Lead male roles being Daredevil, Luke Cage, and Iron Fist

Ergo through the process of elimination Zac Efron is Iron Fist, he is our Danny Rand! Well lets say he is if he chooses to be.  I believe Efron is Marvel's top choice right now.

Do you like Efron as Iron Fist?  I think he will work.  There are people who have been calling for a Martial Artist (Which I never thought would happen), there are some calling for an Asian American (Which I thought had a small possibility of happening).  Zac though looks the part of a rich play boy American who becomes one of the best martial artists in the world.  He also has strong acting experience and I think he will do well.  I am curious how they design his costume as that could make or break it.

Who is Iron Fist?
Iron Fist is not the most recognizable character in the Marvel Universe he is however AWESOME!
He is Kung Fu based hero who is most well known for teaming up with Luke Cage in the comic series Heroes for Hire.  See the post below for his Origin (He has a great great Origin Story)

The Origins of Ironfist! Who is he?