Fillion to be in Guardians of the Galaxy  as who? 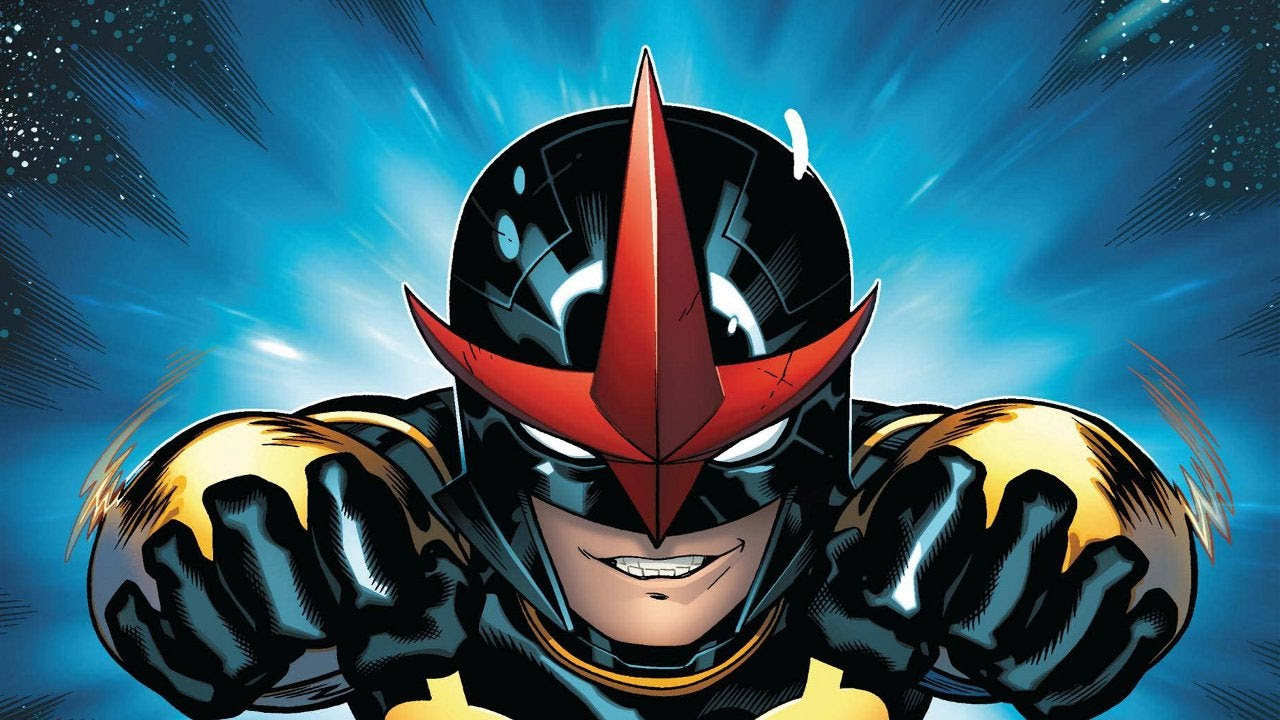 UPDATE:
I have now heard that Richard Rider will very likely appear in the Guardians of the Galaxy movie, I am strongly suspecting that they may have cast Nathan Fillion as Earth hero Nova. There are other Novas bit Rider is special because he is human.

Nathan Fillion is friends with a variety of Marvel Cinema luminaries including Joss Whedon and James Gunn.  The guy has connections.

Recently it was revealed at Wonder con that Nathan will appear in the Guardians of the Galaxy movie.  Now the huge question looms who will Nathan be?  Nathan has a fairly large and  loyal  fanbase from his TV shows Firefly and Castle.   Would he take a small cameo throw away role or would he end up with a larger role.  Part of me is asking how many seasons are left in Castle and if he may be looking for a new large project.  Playing a Marvel character could certainly fit the bill.

My guess is that he has a silly cameo.  But lets have some fun.

If he does have a larger role who could he be?

Wouldn't he be an awesome Richard Rider Nova?  He has that fun personality that may work really well with Nova.  He is a little old to play the teenage version of Rider.  I honestly hated the teenage version but love the modern older Rider.  What about Adam Warlock?  Adam Warlock's cocoon was seen amongst the items in the Collectors vault in after credit sequences of Thor 2.

If he is either of these character he would likely be featured in Avengers 3 when the Avengers face the threat of the evil Thanos.

Picture of Adam Warlocks Cocoon can be seen Here .