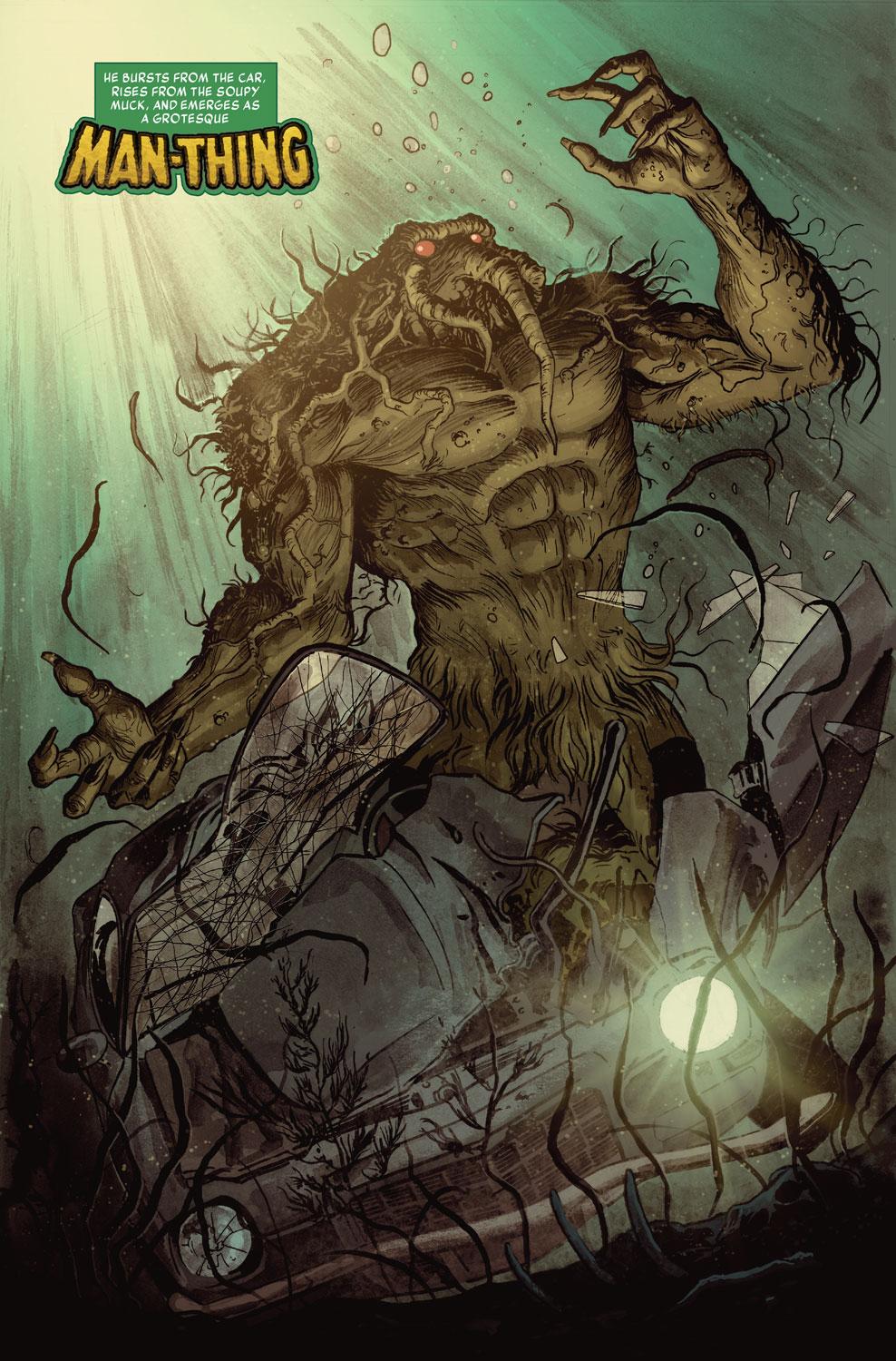 Man-Thing is a Marvel character that is very similar to the DC character Swamp thing.  One difference with the character is that his touch is acidic while Swampthing's touch is not.  Man-Thing has appeared in a horror film however he has never appeared in the MCU.  Man-Thing has been mentioned in various ways in the MCU even being name dropped in Agents of SHIELD (See Manthing Easter Eggs post below).

Man-Thing Store:
Toylab is a member of the Amazon Affiliate Program and is able to bring amazing deals on products like those below:

Man-Thing 2017
In March, 2017 a new Man-Thing will be a new 5 issue solo series written by famed horror writer R.L. Stine.  The idea is for a talking Man-Thing to go home to California to work on film deals.  Each comic will feature a 2nd story written by R.L. Stine.  Stine has said that Man-Thing will show more personality in this series telling the New York Times that Man-Thing, "can talk and he’s very sarcastic,”
Stine went on to credit reading comics like the Tales from the Crypt as a major influence on his writing style.  Marvel offered various characters to write for Stine and he quickly selected Man-Thing.  He says he has long held a fondness for Swamp Monsters.

The series is said to be a dark, horror tale aimed at teenagers or older but will have elements of humor added in.

Ted Sallis is working on Project Gladiator in the Everglades.  Project Gladiator is an experiment involving the Superhuman Serum that transformed Captain America.  Learning that AIM is operating in the area, Sallis breaks into his lab with his lover Ellen Brandt.  He begins to destroy his already memorized notes.  Unfortunately, Brandt betrayed Sallis and agents appear.  Sallis escapes with his serum that he injects himself with right before crashing his car into the swamp.
His body merges with murky water around him and he emerges as the dim red eyed monster Man-Thing with only faint memories of Ted Sallis.  He then attacks Ellen Brandt scaring her face, then shambles off into a new existence living in the Swamp.

Man-Thing becomes a protector of the Nexus of All Realities an important location within the Ever Glades.

Man-Thing leaves the swamp and goes back to his original home of Burbank, California.  He seeks to learn why there have been no films made about him.

Swamp Thing and Man-Thing
Yes Swamp Thing and Man-Thing are similar and yes there is a reason for that.
The two characters appeared at around the same time and the two writers involved with the characters were also roommates at the time.  Gerry Conway writer of (Man-Thing) lived with Len Wein (Swamp Thing) writer, Len refused to alter the origin of Swamp Thing to make him more different. Marvel may have considered Legal action against DC but in the end nothing official occurred.

Man-Thing is generally considered to be good.  He has effectively lost his conscious human mind and only retains bits of his old self.  The lack of full understanding make him dangerous to everyone around him.  He basically reacts to others emotions.  If others emotions are violent he will in turn react violently, if others emotions or benevolent then he in turn will act benevolent.


Powers:
Man-Thing is made up of vegetable/swamp matter held together through the serum injected in him. 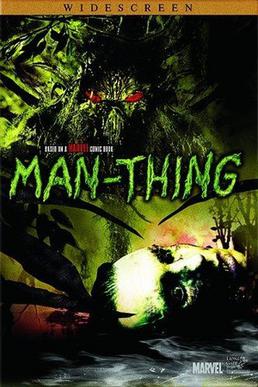 Man-Thing: The Nature of Fear is an American / Australian Horror film by Lionsgate Films this film is not set in the Marvel Cinematic Universe.  The film was not a financial or critical success.  The Film released in some international markets and on Sci Fi Channel is said to have grossed less than a million dollars after costing more than $30 million to make.  The film is also thought to be critical failure and has been mentioned as both the worst horror film and worst Marvel film of all time.   Since being released Lionsgate has sold the rights of Manthing back Marvel.  While Man-Thing has been hinted at in the MCU he has yet to officially appear.

While not a Marvel film, Marvel did release a prequel comic series to go with the film.  The prequel comics cover the adventure of a claims adjuster whose research brings him into contact with Man-Thing.


Synopsis:
A new sheriff is brought in to investigate a series of disappearances and murders in a Louisiana swamp.  The swamp had recently been sold from a Native American tribe to an Oil Company and the company had been suffering a series of both vandalism and murders.  Many of the locals blame a mysterious monster for the deaths.  Sheriff quickly finds himself kneck deep in a conspiracy and is hunted by both criminals and a monster alike.

What Happened to Man-Thing?
While the plot of the film is not very good some of the visuals in the film are cool.  Generally, I think the way Man-Thing looks is pretty awesome.  The film had fairly good special effects for a horror film. Many of the actors like Rachel Taylor in the film went on to have fairly good film careers.

Director Brett Leonard who has also done films like The Lawn Mowerman was interviewed by William Bibbiani from Blummhouse.com on making the film.  In the interview Leonard explains that the initial script had a strong father son relationship between the sheriff and Man-Thing.  Effectively, a boy sees his father murdered where spirits turn the father into a avenging nature monster.  This initial script gives the Sherrif a reason for coming into town as he is basically looking for answers to what happened to his father.  According to Leonard the negative response toward the father son relationship in Ang Lee's Hulk caused the "Power that Be" to remove that aspect from the film.   Not enough was added to the Sheriff's arc though to flesh out his story arc so in the actual film all of the characters just appear to be stuck in the swamp.  Generally, these changes caused the film's story to not work.
The Director also says he wanted a dark, edgier ending in which all of the characters but Man-Thing were killed.  He feels this would have been a more satisfying ending than the relatively happy ending of actual film.

Related:
Manthing Easter Eggs in Ironman 3 and Agents of SHIELD