The Sakaarans were introduced during the storyline Planet Hulk.  Hulk is shot out into space by a group of Earth heroes cslling themselves the Illuminati because they fear that there is no way to stop him if he goes on a rampage.  He lands on the planet Sakaar.  There he is faced with a fairly primitive but powerful people.

Sakaarans include multiple races.  Primarily there are the Imperials, Shadow People, and The Natives

Imperials- Sakaaran Imperials dominate the government and form up the bulk of the empire cities or as farmers in the countryside.

Shadow People – Have grey skin.  Their race once crisscrossed the galaxy but the Old Power a force they depended upon had grown unstable.  They seeded the galaxy with their race trying to undue the damage the Old Power had done.  They now have Priests that can channel the old power making themselves super strong and durable.  Most shadow people live in villages outside of the major cities.

Government:  Monarchy Imperialistic – Sakaar is controlled by an Empire whose Imperialistic force stretches across the planet.  The Emperor has the title Sakaarson and rules with absolute power.

Father Emperor – Angmo – Original Leader who united the world under the empire. Was born with a trait called the Imperial Prime that gave him vast power.

Red King- Angmo-Asan – Spoiled son of Angmo who lacked his Imperial Prime.  The original Angmo attempted to have him killed when he was child but the Assassin Hiroim the Shamed refused to kill a child.  Eventually took control of the Empire.  Built himself a power suit that made him powerful like his father.  Brutalized the populace but manipulated the stories to make himself seem like a hero.  Eventually, he is beaten by the Hulk in the Arena and loses control of the planet.  He managed to survive though is now more machine than flesh.

The Hulk- Takes control of the planet after being stranded there.  Eventually, leads a war party of Sakaarans to Earth to take revenge on the Illumati for sending him there and for blowing up the shuttle that killed his Sakaaran family.

The culture of the Sakaarans is similar to the ancient Romans.  They are fond of arena gladiatorial combat.

Technology:
The Sakaaran's themselves do not have advanced technology.  However, there is a portal on their planet that spits out advanced wrecked space ships.  They salvage out advanced forms of technology and integrate it into their society.

Movie:
Sakaaran Soldiers will make up the bulk of Thanos's forces in the upcoming movie the Guardians of the Galaxy 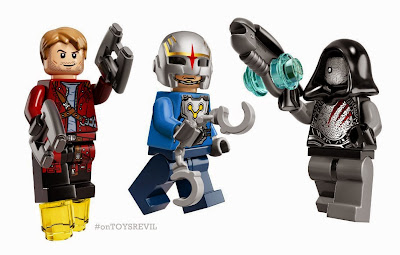