Who are the Nova Corps?

Who are the Nova Corps?


The Corps are a militia of super powered individuals sworn to protect the planet Xandar and its Worldmind.   The members are given power from the Nova Force.  Each member is allocated power from the Nova Force pool based off their rank.  The higher the rank the more power the Nova member has.  The highest ranks can fly, travel in space, are mostly invulnerable, can fire energy blasts and are very strong.  High level Nova members can also create jump portals allowing them move quickly to different locations in the Universe.

On top of the aforementioned super powers the Xandar Worldmind also feeds information to its members.  This allows them analyze situations and enemies and get the necessary tactical information instantaneously.  It also allows them to communicate with one another across the Universe.

The Nova force originates from the Xandar Worldmind.  So long as the Worldmind survives so to will the Nova Corps.  This is how the Nova Corps can continually survive the destruction of their home world Xandar.

Xandar Worldmind
The worldmind is similar to the Kree Supremor computer it is a giant organic computer with a mind of its own.  While Supremor of the Kree is usually a villain the Worldmind is generally benevolent.

Ranks of Nova Corps
Ranks of the Nova Corps from highest to lowest:

Centurion-  2nd highest ranking members.  Centurions make up the creme of the corps.  Capable of lifting 20 tons.  Can Fly, Fire Energy Blasts, are mostly Invulnerable.  Richard Rider typically has the powers of a Centurion in the comics.

Denarians - Make up the middle tier of the Nova Corps.  Recieve about 75% of the Nova Force of a Centurion.  Can lift around 15 tons and can still fly.  Still mostly invulnerable.

Millennians - They can not fly, or shoot energy blast but can lift about 10 tons.  Have limited invulnerability.  Recieve about 50% of the Nova Force of a Centurian.
Often Millennians make up for less Nova Force by flying in small one-man ships call "Flyers,"  Also carry photon blasters on their armbands.

Corpsman - Are kind of the rookies of the Nova Corps.  They basically have graduated from academy and have made it into the Corps.  It would be wrong to look at them as complete light weights however.  They receive 25% of the Nova Force of a Centurion and with it can lift 5 tons.  They have limited invulnerability.  Corpsman will carry additional gear like the photon blasters to make up for their limited powers.

Syphon Warriors- A different branch of Nova militia members, they recieve a very limited amount of Nova force about 10% of a Centurion and with it can lift 1 ton.  However, a Syphon warrior can become very strong by siphoning energy from other nearby sources.  Syphon training is mandatory for a Nova member to become a Centurion, (Unless you are Richard Rider).


Members:
Rich Rider- The earthling Rich Rider is by far the most popular member of the Nova Corps.
Who is Richard Rider - Nova

Rhommann Dey - A centurian Nova leader on Xandar.  Is one of the last survivors of the Nova Corps when an alien Warlord named Zor attacks and destroys Xandar.  He tracks Zor to Earth but is too weak to battle him so he bestows his powers on a random teenager of Earth, Richard Rider. 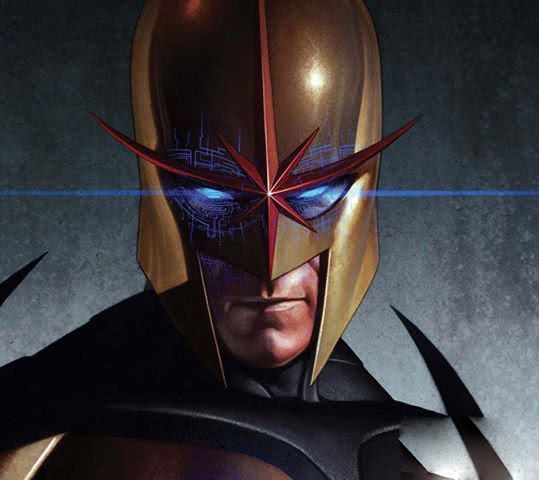 Movie:
Nova Corps will be in the movie Guardians of the Galaxy.

Rhomman Dey will be played by John C. Reilly


I think this guy's Nova costume was amazing.  It looks like the helmet even has light up eyes. 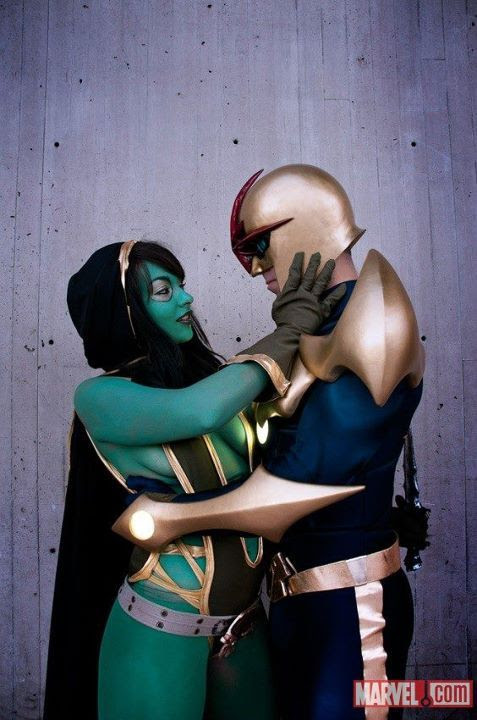 This guy did a solid job too 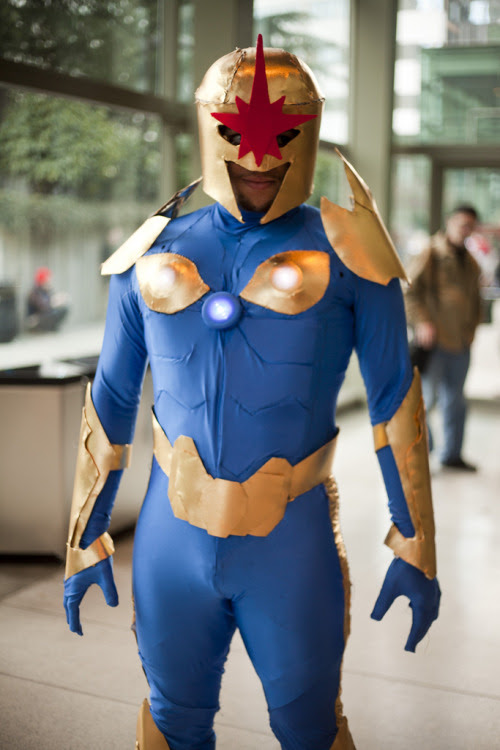