Spoilers, Spoilers, and then Some Spoilers

Let me first say that I  really like this new Ghost Rider.  Robbie Reyes is a Hispanic kid living in a bad part of East LA he has to look out for a little brother who is in a wheel chair.  It seems like the parents are out of the picture and the two boys are on their own.  He generally feels like a Peter Parker with more of a rebel, rough edged spirit.  He is guy with significant problems, before things get weird and with Ghost Rider things always get weird.

The book is hindered slightly by it being an origin issue.  As important as it is to know where someone comes from I never much care for origin stories.  You have an entire story without a panel of Ghost Rider until the end.  This though is par for the course so I am not going to nitpick.  They did manage to insert some action vis a vi an illegal street car race and an encounter with some local thugs.

The artwork on the book stands out.  The panels on the car race are very provocative.  I studied them for awhile. It is very interesting  how they use speed and panels to showcase the movement in a car. The lines that a car move in are shown as vibrant lines that cross the page dramatically   The art through out the book feels very vibrant and fresh.

I can't say that there are many books out there that look like this.  Especially not in the horror/action genre.

Do I want to read Ghost Rider #2?  I do. I want to see how he uses his powers to effect his life, and those around him.  He does not feel as morally pure and noble as Captain America, does he mess up?  I want to see why Robbie was killed.  Also I found myself enjoying the car as oppose to the motorcycle.  The car made the book feel a lot more like a super hero powered Fast and the Furious.


Comparison to the Show:
You can see that the show has really tried to make the shows version look very much like the comic version of Robbie Reyes. 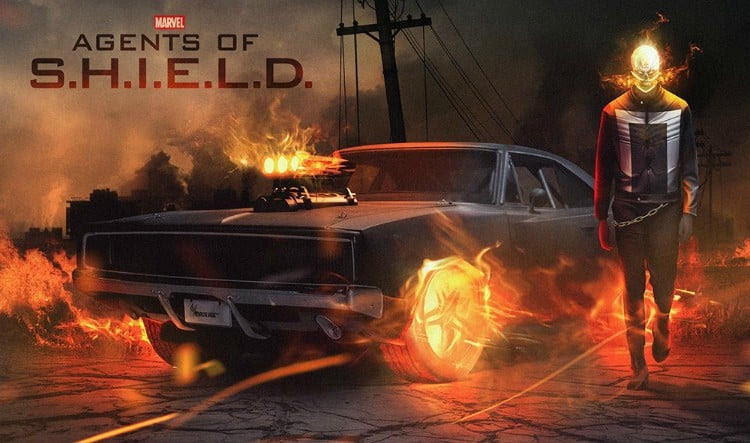