The Defenders Saga - News and Rumors Hub
Iron Fist, Luke Cage, Jessica Jones and Daredevil are coming to the small screen via netflix.  I have been calling these projects the Hells Kitchen shows or the Netflix shows.   The official name will be the Defenders Saga.
Each character will have their own show that will then be followed in 2017 by a show called the Defenders that unites all four heroes.

2017 News:
Shows to be released in 2017
Iron Fist
The Defenders
The Punisher - Potentially in 2017 - currently filming

Stan Lee Korea Teaser:
Stan Lee worked with NetFlix to release a special Defenders teaser for Korea.  Apparently, Stan Lee is very popular in Korea.  The teaser is really pretty cool with Stan narrating the entire thing and clips of Defenders and the previous Netflix series being used to fill in the visuals.

Stan Lee's full quote during the teaser is:


They’re the greatest stories ever told. Heroes show us we don’t need to be perfect to do what’s right.It’s not about living without fear, but facing injustice. It’s not about being powerful, but finding your calling. When you least expect it, they show us it’s ok to be vulnerable… no matter how tough you are. Because, even though they’re heroes, they’re still human.

The Defenders Trailer gives us our first substantial look at the Defenders in action.  It shows Misty Knight interogating Jessica Jones when Matt Murdock bursting in as her attorney.   It shows Luke and Danny meeting which might come about by Rosario Dawson's character.  We hear Stick giving a pep talk as the villain of Alexandra is introduced.  We also get a glimpse of the heroes fighting together in a hallway, which looks completely bad ass.

Alexandra character seems pretty forboding as the big bad as of the series.  She utters a line about the stronger your connections between them the easier they are to destroy.  Alexandra I expect to be the leader of the Hand an organization that seems to have multiple subgroups.  My theory is that there are 5 major Hand groups for each finger in the Hand.  One is led by Bukudo, one by Madame Gao, one by Nobu, and one by Alexandra.  I believe the 5th group is being saved as a surprise and there are few interesting groups it could be.   The Black Sky mythology set up in the Daredevil series is also here with Elektra coming back from the dead as a Black Sky and one of the primary antagonists the heroes will be facing.

The trailer is set to Nirvana's "Come as you are" a song that I would generally consider blasphemous to be attached to a trailer but here it really works.  These are the Nirvana characters of the Marvel universe and they certainly are coming as they are.

Trailer Official Description:
Marvel’s The Defenders follows Daredevil (Charlie Cox), Jessica Jones (Krysten Ritter), Luke Cage (Mike Colter) and Iron Fist (Finn Jones). A quartet of singular heroes with one common goal – to save New York City. This is the story of four solitary figures, burdened with their own personal challenges, who realize they just might be stronger when teamed together. The Netflix original series will launch globally on August 18, 2017.
Defenders Teaser 2:

The return of Elektra is hinted at in this Defenders teaser.  Elektra was killed in battle at the end of Daredevil Season 2 but the Hand took her body and has plans to turn her into the "Blacksky" a special warrior that is the group's ultimate killing machine.

Click on links below for more information on the following Marvel Netflix Shows: 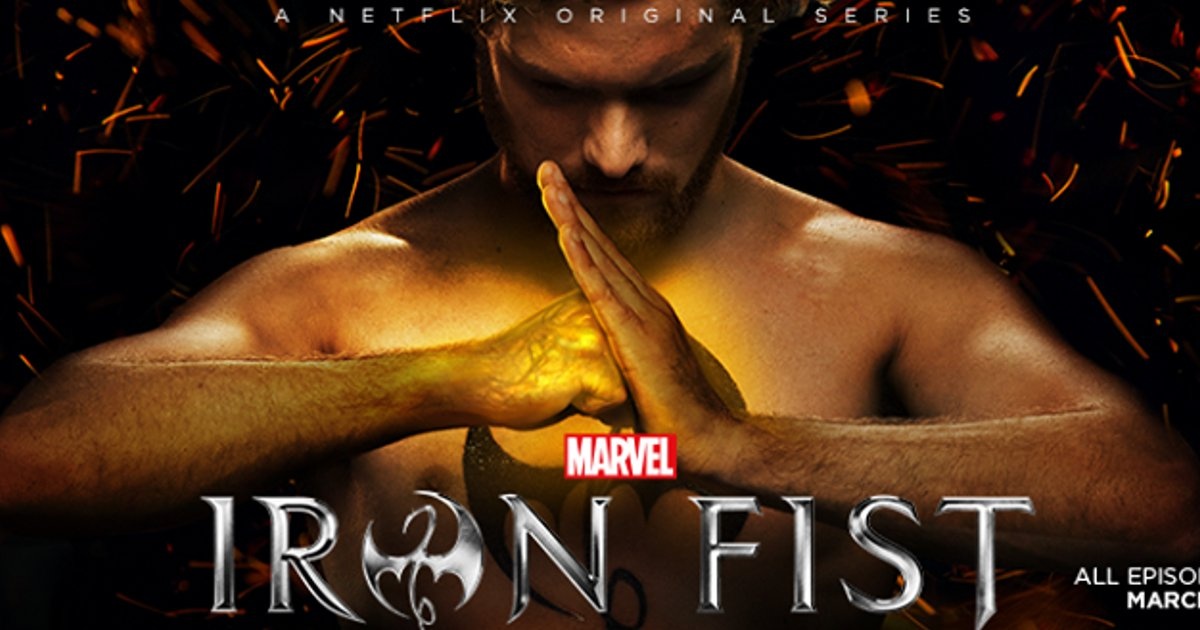 
Details on the Punisher:

Known characters and cast in the Punisher series:


The series showrunner is Steve Lightfoot who also wrote for the show "Hannibal".  Steve is also writing the first two episodes himself.  Executive Producers for the show include Jim Chory (Who has overseen much of the Defenders shows) and Marvel TV head Jeph Loeb.

Toylab Thoughts:
The character of Dinah Madani is described as a homeland security agent who is vexed by the Punisher.  Part of me wonders if this could be a romantic interest and potentially evolve into a character like the comic Lynn Michaels.

Micro was mentioned in Season 1 of Agents of SHIELD as a contact of Skye.  It will be interesting if she is name dropped or could even make an appearance in the show.

Karen's presence will likely help bridge the gap between events in the new series and those that occured in Daredevil season 2.


It also appears the Frank will have reunited with Karen Page.  This makes sense as the two form of bond of mutual respect during the events of Daredevil Season 2.


San Diego Comic Con 2016 News:
San Diego Comic Con featured a huge amount of Defenders news and media.  Netflix and Marvel released 3 trailers at the event. Including Iron Fist, Luke Cage, and a sizzle reel for the entire Defenders series.  All of the Defenders panels were very well received the crowds.  Jon Bernthal who plays the Punisher in Daredevil Season 2 appeared in the Luke Cage panel along with producer Jeph Loeb.

Defenders news:
Monday Marvel News - No Bullseye and possibly no Elektra in Season 1 of Daredevil
What are the Seagate Prison Files?
What Villains will appear in the Defenders? 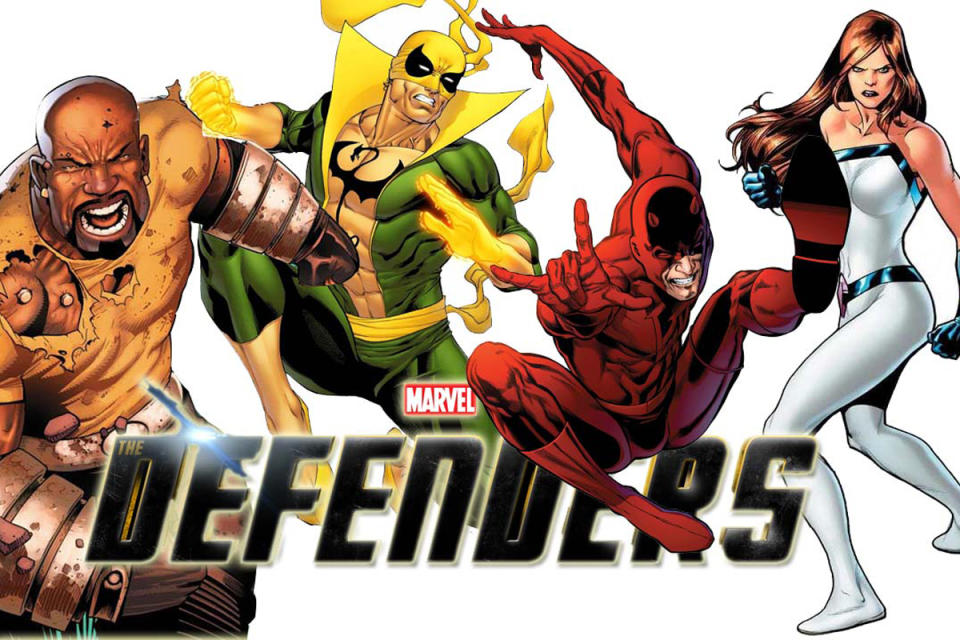 Joe Quesada comments on the show
“Although these are superhero stories, this is different now. This is the street level…this is the street level noir side of the Marvel Universe. Something that you haven’t really, really seen in any of our Marvel movies. And probably more ground level, than I think you’ve seen. This is not like us doing Batman, Dark Knight or any of that stuff. This is very Marvel doing street level superheroes.”

“There will be some interconnectivity, much like the movies. They will exist within the cinematic universe again, so this is all the same world as S.H.I.E.L.D. and the Avengers.”

The shows according Joe Quesada are being designed for Binge watching almost one giant movie as opposed to the weekly show model Marvel used for Agent's of SHIELD.  With 13 episodes for each of the 4 characters a person could sit down and watch it as one long movie.

“The Netflix model offers us the advantage of being able to construct the show in a manner that is very different than a weekly network TV show...We can sit there and look at 13 episodes and plan it out as a very large movie. It makes seeing the bigger picture a little bit easier.”

“Even the way that you parse out information and reveals within the show can be different than you would on weekly TV,” ...“With weekly TV, you sit there and go, “The audience may not want to wait two or three weeks to get this particular bit of information.” Whereas with Netflix, we might be able to hold onto a particular piece of information, because they may just watch it two hours later.”

What I know:
Characters Involved - Daredevil, Jessica Jones, Luke Cage, and Ironfist
Set up: 13 Episodes season for each character, followed by a mini /season event called the Defenders

Iron Fist
Ryan Phillippe has said he has a meeting Marvel could it be for Iron Fist?

Zac Efron has confirmed he has a Marvel script.  It could be for a movie but timing wise it seems more likely that he is attached to one of the Netflix show characters.  Likely he is either looking at Daredevil or Iron fist roles.

Luke Cage:
Luke Cage will be played by Mike Colter - Learn more on the post below:
Luke Cage and Jessica Jones have been Cast!

Punisher
The Punisher will be played by Jon Bernthal

Jon Bernthal cast as the Punisher!


Other Info on Defenders Series:

Location- The show will focus on street level superheroes residing in the Hells Kitchen neighborhood.  It will be filmed in New York City.

Rights - Marvel recently secured a lot of rights back - Including Daredevil and his big bad  the Kingpin.  They also have Ghostrider, Punisher and Blade who could potentially appear in the series.  Kingpin is a big deal because there was some speculation that SONY may control him through their Spiderman license.

Feel- The show(s) is going to have a darker, grittier tone than other Marvel projects.  It will like Marvel Noir.

Universe - It will exist in the main Marvel Cinema Universe

What other heroes will show up?
Still unknown but I am hoping for:
The Punisher  ---> Could the Punisher appear in the Defenders?
Misty Knight
Deathlok
Agents from Agents of Shield
Ghost Rider
Blade


Related Posts:
What Villains will appear in the Defenders?

Meet DareDevil he has been Cast