Why is Korath not blue? 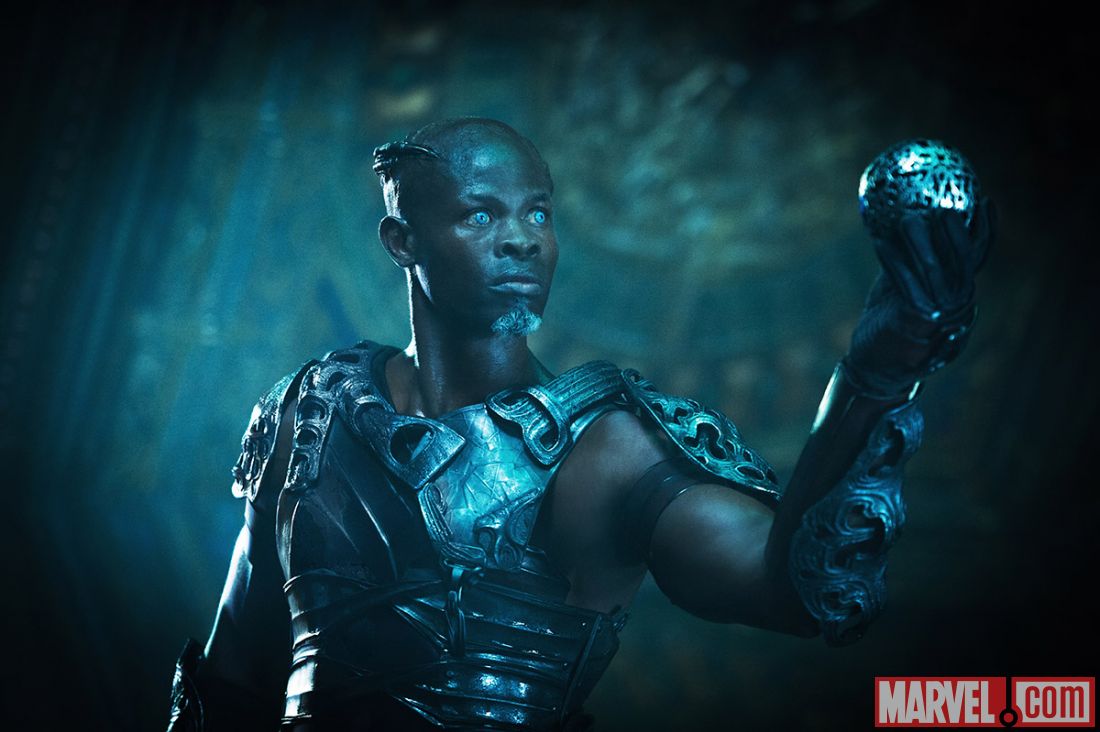 Why is Korath not blue?
In comics Korath was depicted as being Blue but he is not in Captain Marvel and Guardians of the Galaxy here is why.

Images just came out from Captain Marvel including pictures of Korath and Ronan as well as other Kree.  I am not sure but the Blue Kree question could arise again.  If so Toylab already blogged about it years ago for Guardians of the Galaxy.   I am going to say that I actually like that I am updating this post because I love Korath and I happy this film allows us to see more of him in action.

Why is Korath not Blue?

The fast answer to this question is:  He is an alien and Marvel can make him any color they want.

Check out the original post below for a longer answer.

Post explain why Korath would not be Blue in Guardians of the Galaxy
Ok, part of me really does not want to blog about this.  I think the group of fanboys that cling to comics like a holy text and demand that everything they see on TV look and be exactly the same as it was in print is SILLY.  I hate it if a film maker has no love or knowledge of the source material (Cough Batman and Robin Cough) but generally I expect them to take certain liberties.  The reality is when switching mediums some changes need to be made.  Sometimes these changes will be to speed up the story so they can fit into a movie length and other times it will be for other reasons.

One reason that this has been occurring in Marvel movies is to make the characters on the screen more diverse.  This makes sense to me because the movie going public is more diverse than the niche comic geek population and also comic characters are old and come from a time when almost all characters were Caucasion Americans.  Both DC/Marvel have made attempts to add new characters of different races and to switch old staples.  Sometimes they have been very successful.  The reality though is that the bulk of major characters are still white guys.  When Marvel wants to reach out to a global population they need characters that reflect that consumer population.

Fast sidebar:  Saying all black actor/actresses who took over a white character just for the sake of diversity cheapens their own significant accomplishments and sometimes I feel there are other reasons that need to be acknowledged.  Micheal Clark Duncan might have been the absolute closest thing you could have come to the physically domineering presence of the Kingpin.  My personal opinion is that he was chosen not because he was black but because he was the closest actor to the character of the Kingpin.

Ildris Elba also captured the mixture of big intimidation, otherworldlyness, honor, and kindness that form the character of Heimdale.  Skin color be damned I challenge anyone to say that Elba does not epitomize that character.


Now with Guardians of the Galaxy coming out there is a new racial change but this time it is a bit weird.  Once again we have a phenomenal black actor Djimon Hounsou who will play a character that had a different skin color in comics.  This time however the character he is playing was not a Caucasian but a blue alien.  Now, I think we can all say that if Marvel wanted Korath to be blue, they could make him blue.  They could use make up, cgi, etc to make Djimon's skin blue.  Zoe Saldana's and Bautista both in the movie will have their skin tone changed to be green to play their characters.  Obviously, Marvel did not want a blue Korath.  The reason for this is likely simple, Marvel wanted a black character and Gamora and Bautista are relatively more well known (though not by much).  Korath is a relatively new character, who has only appeared a handful of times and they felt hey here is a character we can play with and add some diversity to what appears on screen.  Also Korath is Kree and not all Kree are blue.


What does this mean for the Kree.

Who are the Kree?

Korath is a member of the Kree aliens.  Discounting the Kree connections in Agents of Shield we have not seen anything about Kree in Marvel TV/Movies.
In the comics Kree were traditionally blue.  They end up being cursed by a powerful entity that makes it so they can no longer evolve like other species.  This makes the Kree rather static and they are forced to watch as new races evolve and know the other races will eventually surpass them.  The Kree then begin interbreeding with other species giving rise to the "PINK" Kree.  The pink Kree eventually make up the bulk of the Kree population but the blue pure Kree still retain most of the society's power.  While Kree are not shown in the comics as being the same hue as Housou I think Marvel will just say hey dudes the group called the pink Kree in comics come in a wider range of colors than Pink.  This makes perfect sense to me and I hope other fanboys will agree.  I think Marvel will simply show Kree in a variety of human colors and also have the old pure blue kree.  Maybe they will explain how they turned from blue to flesh tones, or maybe they will just say hey here they are figure it out and deal with it.

What does this mean for the character of Korath?  I'm tempted to say nothing.  Really what this means most is that an obscure Marvel character is going to played by an insanely awesome and talented actor and now that character has the chance to be seen and known throughout the world as a bad ass.  Djimon Hounsou can't help but be a bad ass.  This is Korath's breakout opportunity and with Djimon Hounsou at the helm I have no doubt that his popularity is going to soar after this movie.

If anything I am more worried about how the character of Korath is changed in other ways.  For details on that see the post below:
New revelations about Korath from the prelude comic

Related Posts:
Who are the Kree?
Tevan Corp's Infiniy Gem Tracker
Who is Korath Pursuer?
Nova Corps Criminal Database
From the Vault- Quasar 32-First Appearance of Korath
on September 05, 2018