The walking Mystery that is Agent Coulson
Spoiler warnings on Agents of Shield past episodes.

There are four primary questions about Agent Coulson:
A) How did he come back to life?
B) How did he become a high level agent being so nice?
C) Does he have, or will he develop Super Powers
D) How did he get Lola his flying car.  (Ok I want to know this one at least)

How did Coulson come back to life:

What we know
In the Avengers Coulson is stabbed by Loki through his heart and is seemingly killed.  In agents of shield it is revealed that he is still alive.  Through out the beginning of AoS series there is an ongoing joke on how he recouped from the wound in Tahiti.  He would always say, "It is a magical place."  What we do know is that he was never in Tahiti.  The Tahiti memories were faked to hide from him the extreme pain he was in after whatever brought him back brought him back.  TAHITI is the code name of the room that housed the alien whose blood derives the serum GH325.  GH stands for Guest house.  I am not sure what TAHITI stand for or the 325 references.
What is GH 325? 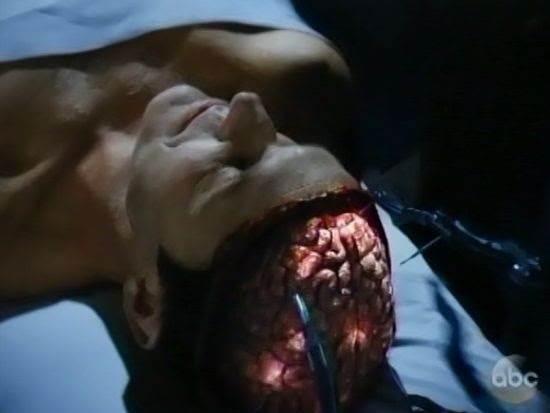 There is a picture of him shown with his head open and a machine poking around in his brain.  I assume this was just to add the fake memory but could be part of the technology used to bring him back to life.

Coulson is life model decoy a LMD.  In the marvel universe Life Model Decoys are androids that are typically used as stand ins by Dr Doom/ Nick Fury to hide while they are some where else.  If Coulson is a LMD he is a very sophisticated one. One reason to believe he is in a LMD is that he continually mentions that he lost his muscle memory.   Another supporting theory is that he would turn out to be the Vision.  We now know he will not be the Vision so this theory is pretty suspect.  If he was an LMD he would also have great strength, speed which he does not appear to have.  Another problem with this theory is that when we see his brain operated on it looks organic and not like an android.


Terrigen Myst-Inhuman DNA
This seemed like a wild idea at first but there is some substance behind it.  One huge reason is Clark Gregg tweeted out the word "Inhuman" which of course could simply mean Inhumane but I could not help but think of the Inhumans.  I have heard that Clark Gregg has been a major student of the Marvel universe and knows much more about it than the casual fans would suspect.  To me this name drop was on purpose.  Decide for yourself:

The Inhumans also could be brought into the Marvel Universe with Guardians of Galaxy movie.  Making it much less of a stretch to see some of the cosmic aliens show up on Agents of Shield.

At first I thought this could have meant a random Inhuman technology or their Terrigen Myst.  In episode Tahiti they revealed that the Serum that brought back Caulson  TAHITI was an alien looking body.  It could have been a Kree but I really think it was one of the Inhumans.  For more on GH325 see link below:
What is GH 325?

Possibly the same technology he is hunting down is the same technology that was used to bring him back to life.  One problem is that he shows no signs of Extremis/Centipede/Deathlok technology being used on him.  He doesn't glow, and he is not super strong.  He is also not sporting any cybernetic parts which would lead one to think of the Deathlok program.

Clark's tweet of Inhuman could simply mean non human and reference the most well known aliens in the Marvel universe the Asgardians or the villains in the Avengers the Chitauri.  Technology from both races has already referenced in the show and this certainly remains a strong possibility.


How did Coulson rise in Shield being so Nice

Coulson is high level agent in Thor 1.  How?  He is not as cunning and conniving as Victoria Hand.  Did he help out Fury in a mission?  Is his rise in Shield tied to Agent May the Calvary? 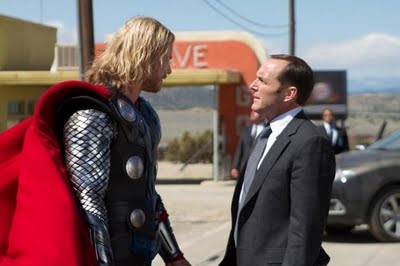