Upcoming Appearances on Agents of Shield.
Enter the Shield Hub for more news, theories and speculation!

The biggest announcement by far in my eyes is Jaime Alexander is coming to an episode of Agents of Shield to reprise her role as Lady Sif from the Thor movies.  To me Sif may be the most under utilized awesome character in the Marvel Cinematic universe, she rocked but her character is limited in screen time.  Her fight scenes are buried with cut scenes of Thor, and the Warriors 3.  Her personal development is somewhat stymied by the fact that Thor's love interest is Jane Foster (Natalie Portman).  AoS thus represents a way to give more screen to an awesome character.

What we know:
Sif will be in one episode (Too bad not more) where she comes to Earth (Midgard) on a specific mission.

One crazy idea - Could she some how be Skye's mom? 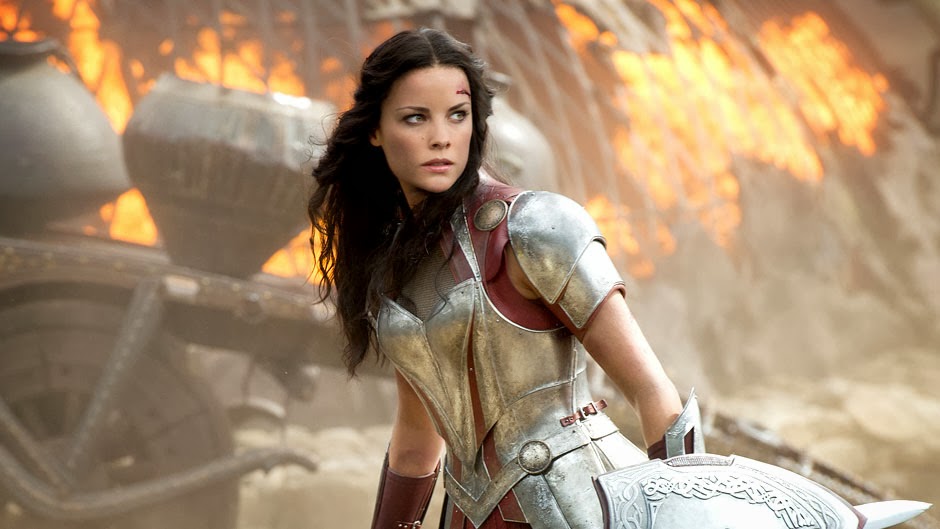 STAN LEE!
The other announcements are interesting and will be fun.  Stan the Man Lee will show up in a episode and supposedly will actually play a character as oppose to a simple cameo.

Bill Paxton to play Agent John Garrett
John Garret is a cyborg agent that often runs special missions directly from Agent Fury.  I am not sure if this version of John Garrett will be a cyborg but Garret's reasons for showing up could certainly prove interesting.
Enter the Shield Hub for more news, theories and speculation!

DO YOU WANT TO KNOW WHO THE CLAIRVOYANT REALLY IS?
Other Clairvoyant Options