The tale of how Vin Diesel became Groot 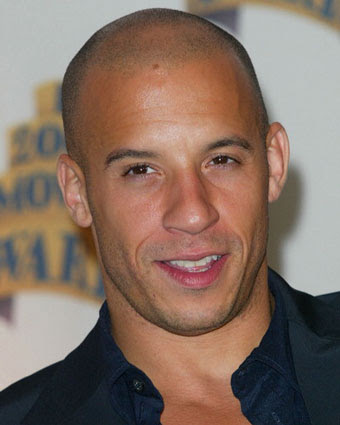 I have been following this story in bits and pieces and want to write it down in one place.  It is a pretty funny story.

Vin Diesel is a big name actor and already part of multiple franchises (Riddick, Fast & The Furious) so one would assume that if he came over to do a Marvel movie it would be to play a well known character that would make him look good etc.  Instead, Vin Diesel is going to be the voice of Groot, a sentient alien Tree.  Yes, Vin Diesel will play a tree.  Moreover, Groot in the comics while complex in many ways only says one thing, "I am Groot." Now, let me paraphrase all this by saying I think Groot is freaking awesome, and soon... very soon I believe everyone will think Groot is awesome too!  Right now though, Groot is an unknown character, and he happens to be a tree.  It reminds me a bit of being the kid chosen to be a back drop in the school play, you know those guys who are trees (Which was me by the way).

My first thought is, how did that happen.  Awesome, that such a big actor is able to see how cool Groot can be, but how did Marvel pull this off?

My initial imagining of the conversation:

The actual story goes back to 2 months before Riddick was released, when VinDiesel tweeted out that Marvel requested a meeting.


“Marvel, they’re so shrewd. You have to understand, when I met with Marvel it wasn’t for anything immediate. It was to talk about a film that would be introduced in the Phase Three part of Marvel – So, not for a few years. You wouldn’t be able to see it for a few years, and in my mind Marvel was doing it right. They were enrolling me at the ground level which is the best way to enroll me.
I had heard over the last year people on the social media page saying ‘what’s up Vin? Why aren’t you going to Marvel? Why aren’t you doing anything with Marvel? It would be a crime of cinematic history for you not to be.’ So I’m thinking this Marvel thing is becoming really, really important to these people. Okay, what can I do? What should I think?
I get the call, I go down to meet with Marvel – a great meeting. I mean it was just… it was even talking about something so big I can’t even talk about because it’s like a merging of brands in a way which I won’t get into, but that was way, way, way, way down the road.”

Of course geeknation is going crazy with speculation of who Vin will be.  This is happening a week before Comiccon which Vin happens to be going to, in order to promote Riddick.  At the Riddick panel Vin is asked about Marvel connection.  He wanted to say something, so he said he was working with Marvel on something in 2016.  Seeing the positive reaction to Vin entering the universe, Marvel pitched Vin a 2nd idea that would get him into the universe sooner.

“I don’t have six months to play a character in the immediate future. It’s all booked… There was no way I was going to be able to deliver. There was no way Marvel was going to be able to deliver. After Comic-Con we were at a stalemate. There was no way we were going to be able to answer the fans… And then Kevin Feige and James Gunn came up with something brilliant, even if I didn’t understand how brilliant it was when I first got it.
They sent over the script to Guardians of the Galaxy and they sent over a giant book of conceptual art… Everyone knows I’m a sucker for conceptual art… So, they sent over the visuals. I look at the visuals first and am like ‘oh my god.’ This is some of the best conceptual art I have seen in my life. But the request was a little bit ‘hmm… they want me to play a tree…”

Vin Diesel obviously had to process that for a bit.  Marvel compared the Groot character to the character the Iron Giant which apparently Vin Diesel likes.  Iron Giant is awesome to those who did not see it and I definitely see a similarity between Groot and Iron Giant.  Apparently, Vin Diesel has also been interested in playing a CGI character like Gollum.

“And another thing nobody knows, I always loved the Andy Serkis portrayal of Gollum as an actor and as a performer. I always thought that was one of the coolest challenges and one of the coolest things to do. If Peter Jackson would have asked me to play a dragon, I would have loved to have played a dragon, but to really mocap it. So, when Kevin Feige and James Gunn said we ‘want you to voice a character that historically is known for only saying one line’ it was not dissimilar to David Twohy saying ‘I want you to do Riddick but I don’t want you to interact with anyone in the whole first act.’ There’s something challenging about that and fun about that.
…to make sure I was on the right track I took the book of conceptual art into the room with my kids and I opened it up to the page where all five Guardians of the Galaxy characters are and I say, ‘who do you think they want daddy to play?’ And my daughter so quickly pointed to Groot. From that moment on I was Groot.”


As a Dad myself I think this is a pretty awesome way of picking a character.  Kids sometimes know us, better than we know ourselves.  I think Vin will be a great Groot and I am psyched to see how it all turns out.