The Mandarin is the Clairvoyant?

If you haven't been living under a rock then you likely know that there was some controversy surrounding Iron Man 3.  Iron Man's main antagonist the Mandarin turned out to be a British Shakespearean actor named Trevor who was hired to play the Mandarin.  Trevor and his seemingly imaginary terrorist organization were created to take credit for explosions that were actually technology accidents of Aldritch Killian's AIM organization.  Fans were then told that the real Mandarin was Aldritch Killian and that is why he sported a dragon tattoo.

This was obviously disappointing to a lot of fan boys.  I would say I myself was only partially disappointed because I just see Iron Man's entire rogues gallery as being rather terrible.  I thought the twist made for great cinema and was great for mainstream fans.  Ben Kingsley was brilliant playing both the Mandarin and Trevor and it was impossible not to laugh at his antics.   The biggest problem with it I had, is the real Mandarin is actually awesome and could have made multiple movie appearances.  He is also Asian, do we really need to make one of the few Asian characters into a white guy?  Or I guess in this case into 2 white guys?

Marvel seems to be back tracking on Iron Man 3 in a very clever way.  Iron Man 3 happened but there was more going on than what we saw.

In the new Marvel Short - All Hail the King (To be released on Thor 2 Blue Ray) we catch up to Trevor the actor who played the Mandarin.  He is in Seagate prison (See Luke Cage Post) soaking up the notoriety and being interviewed.  However, from what I have heard Trevor is about to find out that there is an actual 10 Rings organization and perhaps an actual Mandarin.  The real Mandarin is none to happy about having his name co-opted by AIM, and Trevor.  WOW, that changes things in a hurry doesn't it.  Marvel has found a way to eat its cake and have it too.


The next question is that what are Marvel's next plans for this new REAL Mandarin.  Avengers movies are pretty spelled out on who they will be fighting.  Iron Man 4 seems a ways off.  Could the Mandarin be making an appearance in Agents of Shield?  Could he be creating his own AIM (Centipede) to get back at them and who ever else gets in his way?

What clues do we in Agents that lead to this possibility?
The Clairvoyant is powerful and far reaching - So is the Mandarin
Skye an 084 seems to be an important part of where the show is going.  She was found in China in the Hunan province. - The Mandarin is the popular/famous Marvel character in China.

The Mandarin could thus be either: 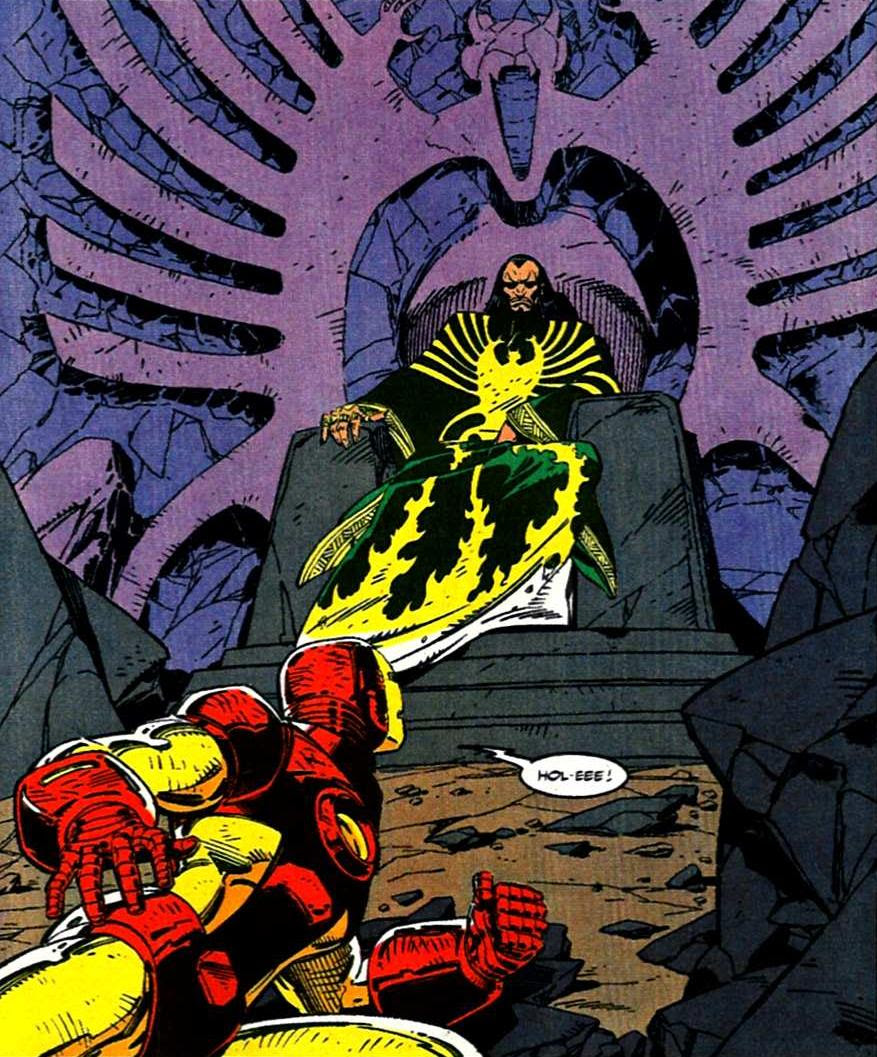 Could the Mandarin be the Clairvoyant?
Well he has a lot of powers on top of being a brilliant scientist and an all around finder of alien/magical toys.  He certainly has the potential at finding/creating something that would give him the power of clairvoyance.

Mandarin would also look better on TV than MODOK.